The State of California has many different reasons to issue traffic tickets or citations, and sometimes it’s hard to remember them all. Some are pretty easy to remember, and some are more serious than others.  There are also some interesting myths out there about that can cost you extra time and money if you don’t know the truth about their consequences. Lastly, there are some really absurd traffic rules in different states that are just too amusing to ignore.

There are two types of violations in the State of California, infractions, and misdemeanors. Infractions are the most common type, and the only thing required to convict a person is proof that they committed the act. These include speeding, overdue parking meters, not using turn signals, and parking in a handicapped zone. Misdemeanors are more serious, and include reckless driving, drunk driving, driving without a license, and drag racing.

These violations are further separated in to two categories, moving and non-moving. Moving violations are speeding or driving below minimum speed, running a stop sign or light, driving without a seat belt, and drunk driving. Non-moving violations include illegal parking, invalid registration, expired or missing license plates, and leaving a vehicle unattended and running. Bet you forgot about that last one right, no more hoping out to grab a monster at AMPM and leaving the car on.

The majority of traffic violations are infractions, which can mean a fine of up to $370, and a lot of wasted time doing traffic school or going to court. Misdemeanors can cost up to $3,520, plus there may be a chance of imprisonment.  If you receive a traffic ticket, don’t throw it away! It might be the only piece of paper you get with critical information on it. Your court date, and the exact citation number are on the ticket, and the court is not obligated to sent you any other information. 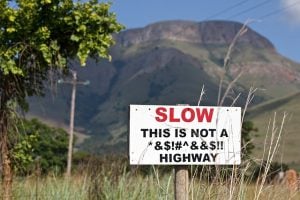 Most of the time they do though, and then you have a choice. You can plead guilty or no contest, and send in the payment with a copy of your citation. This will close your case, and put a point on you record, which in turn will cause your insurance rates to go up. To avoid having the point on your record, you can choose to go to traffic school, which will mask your ticket on your record. You must get approval from the court to do traffic school, and be sure to choose an online school that your state approves. There is a cost for traffic school, and certain conditions that may disqualify you for the class, such as another infraction in less than a year.

If you plead not-guilty, you’re in for a whole lot more fun. You can hire an attorney, or represent yourself, and you will still have to pay the fines up front. They will be refunded to you after your trial, probably, well, eventually. Someday.

There are certain myths about traffic tickets that can make a difference in how you want to plead, and how seriously the consequences can be. Here are the most common: 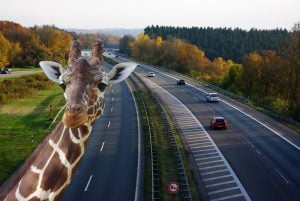 There are also the few and rare traffic laws that appear to make no sense whatsoever, until you find out where the law is being applied.

Apparently, officials in these states, and others, have no faith in common sense.