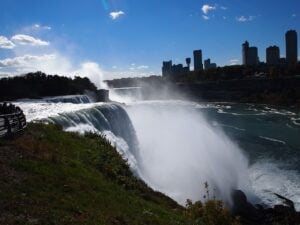 New York State law requires drivers to carry auto liability insurance coverage at all times. It must remain in effect in order to keep your vehicle registration valid, and must be issued by a company licensed by the New York State Dept. of Financial Services. Out of state car insurance is not acceptable, and the insurance must be in the name of the vehicle owner.

The average commuter in the New York area spends 60 hours a year stuck in traffic. There is plenty of auto insurance companies to choose from, and the amount of options for cheap car insurance Niagara Falls has available often surprises residents.

The city is served by Amtrak’s Maple Leaf and Empire train services, with regular stops at the Niagara Falls Station and Customhouse Interpretive Center at 825 Depot Ave West.