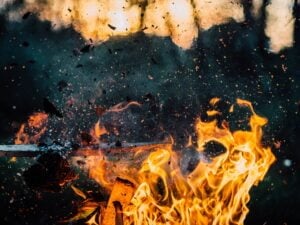 Fire Danger in California And How It Can Impact You

With all of the recent fires going crazy all over the state of California, it is important to know how you can protect your own home and the ones you love.

2017 was the year of wild fires. California was hit especially hard.

We tend to think that once fall and winter come along, the wet rains and cold weather will protect us from fire danger.

In reality, the seasons are not the same as they once were. Winds pick up in the fall as a result of Santa Ana winds.

Some might say that global warming has a part to play in this fire game as well.

It isn’t unusual for there to be natural disasters and fire.

Fire is a way for the earth to clean up and add new growth for the following year.

But because people and animals live in such close proximity, it effects us greatly.

The parts of the country that are most influenced are the densely populated areas.

We build homes on steep hill with beautiful views.

But what we tend to forget is that we don’t have control over what happens. The weather is not always predictable.

The most important thing we can do to help prevent more devastation is to have the best cheap homeowners insurance possible.

Homeowners Insurance And How It Can Work For You

If you own a home in an area that is at all in danger of going up in flames, you need to add fire protection to your homeowners policy.

You may rent, and in that case your land lord may have fire protection.

The property inside of your home are also valuable to you.

Make sure that you get your special belongings covered.

No, you won’t be able to replace family heirlooms when a fire hits, but you can recoup a lot of what is lost.

First let’s take a look at what homeowners insurance is and what it covers:

Where Disaster Has Struck In California

Here is a list and short biography on where these horrific California fires have struck in 2017.

The fires are still burning in Southern California, and there is no real way to estimate the total cost of damage.

So where have these fires burned? 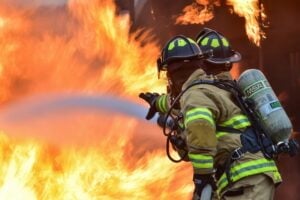 These are just some of the fires raging in the west. There are hundreds of other small fires around California this year that didn’t make the news. The largest to date is the Thomas fire in Ventura and Santa Barbara Counties. Devastating to the people who live there are well as the wild life.

So why are there so many fires this year? What is the perfect storm for a fire and when are they most likely to burn?

Fire season is usually late May to late November.

That seems like  along time to have fire danger right?

Well, this year fires have been raging well into December. In fact the worst fire in years has been burning in the month of December.

Frankly there has just been no rain in Southern California.

But wait, didn’t we just have one of the wettest winters on record?

This doesn’t mean that our ground, trees, or plants were given back what has been taken.

And in fact, when such tall grass grows in the spring because of large amounts of rain this is bad for fire season.

What happens, is that eventually this grass dries out, but is still tall and plentiful. It is a perfect match to set ablaze a wildfire. 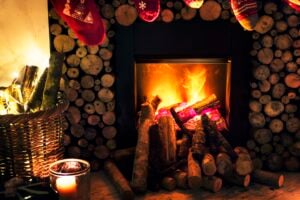 Do you ever wonder why firemen make so much money and have such stable jobs?

Because we need them in the state of California.

Here is an example of how fire damage is just getting worse and worse:

It isn’t just homeowners insurance that will help people after devastation.

Many businesses are lost as well as land and animals. 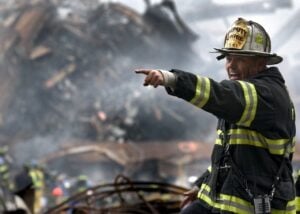 Insurance on some of these things is purchased less.

Businesses struggle when there is fire. Not only is there damage to the buildings themselves, but smoke damage as well as destruction of goods.

All of these things costs money to replace.

Loss Comes In Many Shapes And Sizes

Fires can not only be dangerous to homes and business but people. Depending on where you live, your life could be in jeopardy. California is known for its steep mountain passes and isolated roads. Drive anywhere in Los Angeles County and you will recognize how badly trapped you could be in a fire.  Death of people and animals is a reality for those who live in this state. Not to unnecessarily scare you, but the reality is: fire is becoming more and more of a problem.

Here are some statistics from 2017:

What is Happening To This State?

There area few conclusions that you can draw from this extreme fire season. And a few lessons to be learned as well. 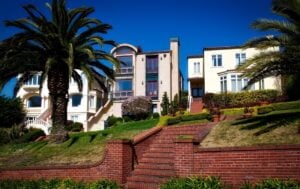 Homes are destroyed in fires for many reasons.

But a lot of it has to do with the way they are built and how much water is accessible.

The best part about living in California, is that this state is progressive and forward thinking.

We realize that the fires here are a threat.

California trains and hires some of the best fire fighters in the world.

They are paid well, and held in high esteem because of what they have to do. 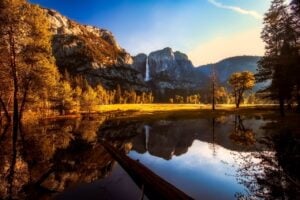 We have plans drawn for recovery efforts and a large budget to cover these horrific fire seasons.
As the fire seasons continue to get worse and worse, think of ways that you as an individual can make life easier.

Don’t build a home in a high fire risk area. Make sure you have access to water. Install the proper safety features.

And purchase the best homeowners insurance policy you can find.