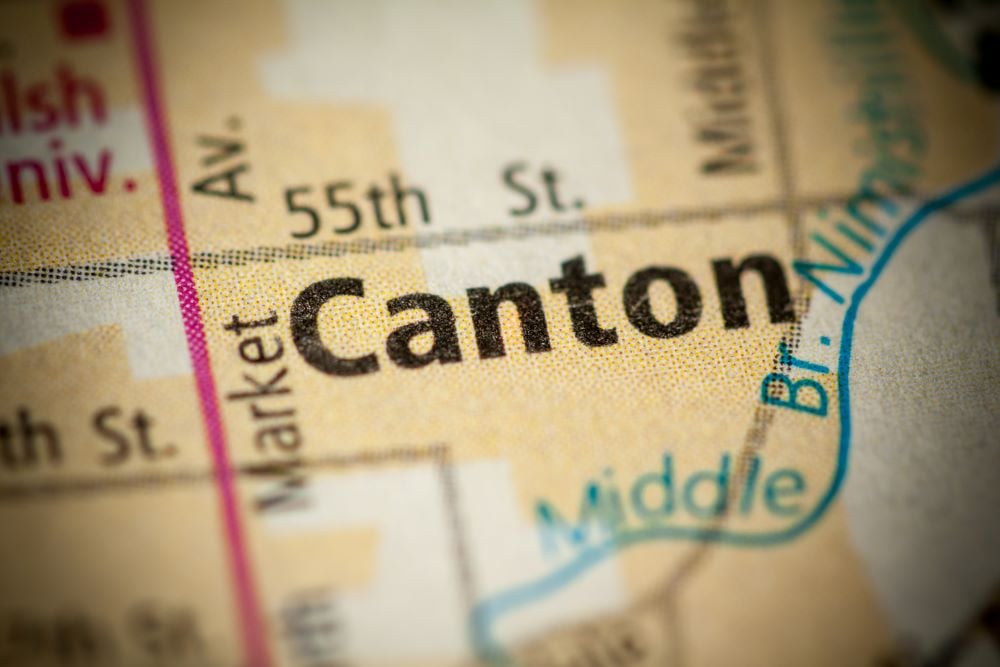 Located in northeastern Ohio, Canton is located approximately 24 miles south of Akron, and 60 miles south of Cleveland. The city is home to many well-known national landmarks like the NFL Pro Football Hall of Fame, the William McKinley Presidential Library/National Monument, and the National First Ladies Library and Research Center. The city’s economy is primarily industrial, with significant health care and agricultural segments, and has a very low unemployment rate. The cost of living in Canton is 10% lower than the Ohio average, and the median home price is 58% lower than the national average. The number of people who take public transportation in Canton is 35% lower than the national average, which means the city’s freeways have above average traffic congestion. This makes it especially important to understand all the options for cheap car insurance Canton has available, as well as any discounts you may qualify for.

The overall crime rate in Canton is 126% higher than the national average. There are a total of 163 Canton police officers, which averages out to 2.2 police officers per 1,000 residents. This ratio is 17.2% less than the Ohio average and 31.6% less than the National average. These crime rates may be reporting as high due to the large amount of tourism, especially regarding the sporting events the city is known for. Crime rates are an important factor in determining the cost of insurance premiums, so the lower the crime rates, the better.

The Insurance Research Council has found that as many as 15% of Ohio drivers have failed to carry car insurance in recent years. Failure to present proof of insurance while driving results in immediate license plate suspension and a minimum fine of $500.
The minimum coverage may be all the law requires, but Canton is a highly populated city with very busy highways. This can put you at risk for more than what is covered by just liability. Car repairs and towing can quickly wipe out your savings, so consider adding these options for the best cheap car insurance Canton can provide.

Amtrak offers daily service to Chicago and Washington, D.C., from a regional passenger station located in Alliance, Ohio. Stark Area Regional Transit Authority (SARTA) provides public transit bus service within the county, including service to Massillon, the Akron-Canton Regional Airport, and the Amtrak station located in Alliance. The number of people who carpool to work in Canton is 22% higher than the national average, which is a great way to reduce your yearly mileage and keep your insurance costs low.
Privacy Policy