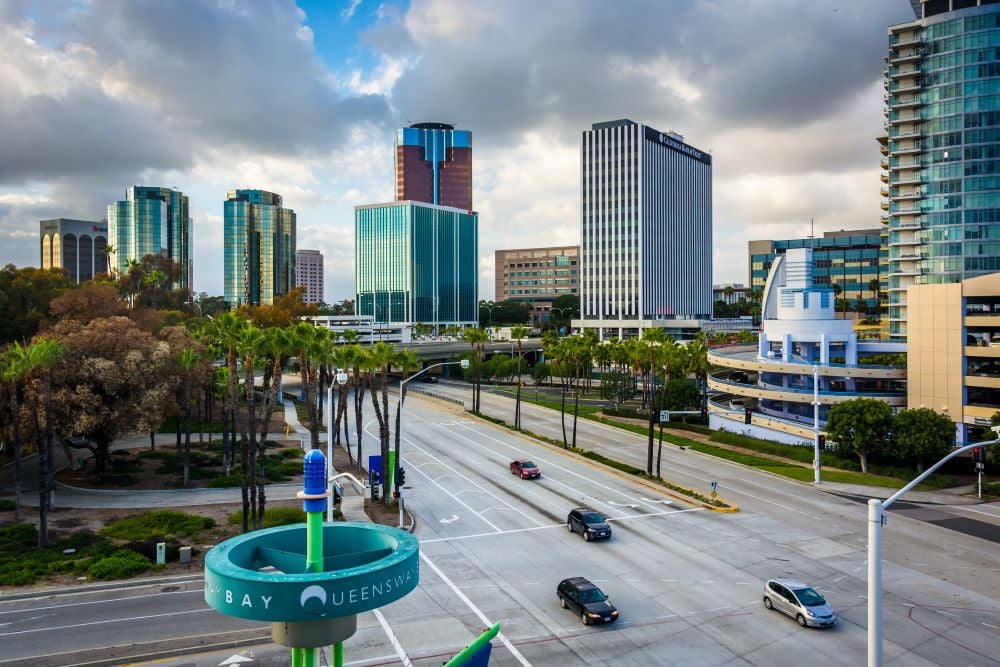 After Los Angeles, Long Beach is the second-largest city in L.A.County, known for its active port (second-busiest container port in the US), and vibrant beaches. While living in any beach town can be expensive, Long Beach is one of the highest because it has a low crime rate and strong economy. Residents are encouraged to compare options when shopping for any cheap car insurance Long Beach offers.

Due to its proximity to L.A., Long Beach drivers still have to deal with a lot of traffic congestion. If you own one of the millions of cars on Southern California roads, you’re probably familiar with rush hour frustration. What you may not always consider is that driving during rush hour increases your risk for an auto accident. Studies show that most traffic collisions take place during peak congestion hours.

If you are looking to save money on your car insurance, consider commuting another way. Carpooling, taking the bus or train, or even biking (if possible) can help reduce the risk of traffic accident, and lower your premiums.

The Metro Blue Line runs from Long Beach to Downtown L.A. with numerous stops in-between. Long Beach Transit buses provide service throughout the city. The weekly cost of a bus pass is around $20, which equates to less than a half tank of gas. Not only that, but you can read or work without having to focus on the road!

If you absolutely must drive to work, be sure and dial 511 or check SigAlert’s website before heading out. This way you know if there are construction problems, accidents, or other sources of delay. Probably the worst congested freeway in the city is I-405, which starts off I-5 and stretches to Long Beach. The 710 also sees a lot of delay during peak hours.

Long Beach’s commute statistics are combined with the L.A and Santa Ana area. It is considered one of the worst areas in the U.S. for traffic. The 7.2 million commuters on the road each day experience over 60 hours of delay each year.

Comprehensive Coverage will protect your vehicle for theft, vandalism, or damage caused by anything other than collision. Collision Coverage will cover your vehicle up to current value if you are at-fault in an accident. You usually decided on a deductible amount, and the higher your deductible the cheaper this coverage is.

State law requires only the minimum limits for liability. But, considering the median income in Long Beach is over $50,000 (with areas significantly higher), you want to make sure you have enough coverage.

The state minimum of $5,000 for Property Damage won’t go far if you hit a $50,000 vehicle. While carrying the minimum car insurance coverage is tempting because it’s so much cheaper, consider the possible financial effects of having to pay for vehicle damage out of your own pocket!

Long beach is a coastal city and port that is located in Southern California. With Long Beach being located near the ocean, they have an exquisite aquarium. At the Aquarium of the Pacific you can do various different things. It is a great activity for the family as well. You can look at a lot of marine life and how they would live. If you are up to something that is a little more frightful, the Queen Mary is also located in Long Beach. It is notoriously known for being haunted and they have a great event during halloween that is similar to horror nights. It is also a hotel during the year where you can experience the boat at a whole other level.

In Long Beach, the cost of living is quite high above the national average. The median home price is around $610,000 which is also high. You are paying to live right next to the beach so that is a huge factor when it comes to the price of a home.

The most expensive areas in Long Beach are obviously right on the beach. The rent prices are only going to be going up as time passes by. The housing market is just about the same when it comes to being competitive. The average home cost is around $615,000.