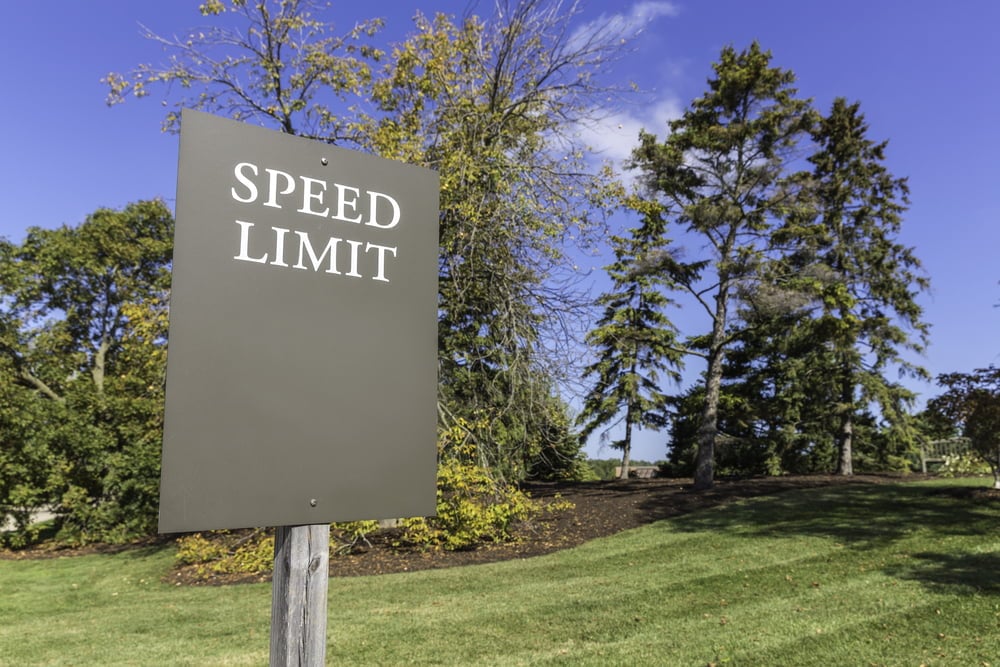 Speed limits are used all over the world to reduce the likelihood of accidents.

So what is the fastest speed limit in the US? Let’s find out.

Why Do We Have Speed Limits?

However, it is not always the slowest speed limit that has the best effect on drivers’ well-being.

In 1974, Congress imposed a 55 mile per hour speed limit in the National Maximum Speed Limit Law. It was understood at the time that this could save fuel – about nine million gallons every day. What was less clear was whether or not this relatively low speed limit would contribute meaningfully to safety.

In 1987, most states raised the speed limits in rural interstate highway areas by 10 miles per hour – leaving a 65 mile per hour limit in place. This made the fastest speed limit in the US more consistent at the time.

Because law enforcement officers no longer needed to be on the lookout for so many speed violations, they were able to redirect their attention to other priorities in highway safety. This contributed to a statewide drop in fatality rates ranging anywhere from 3.4% to 5.1%.

In 1995, the National Maximum Speed Limit Law was repealed. Drivers wondering “what is the fastest speed limit in the US?” would find that the answer varied. But as time went on, speed limits got faster and faster!

Do All Roads Have Speed Limits?

Famously, there is one major highway system that does not mandate any type of speed limit. If you feel the need for speed, you will find Germany’s Autobahn has no speed limit in most areas.

The Autobahn is Germany’s federal highway system. It was among the first and is regarded as some of the best maintained roadway in the world. It is famous for the absence of speed limits.

Among the 8,000-mile Autobahn network, only areas with the highest traffic volume or most dangerous road conditions have a speed limit. The fastest speed limit in the US pales by comparison!

The lack of a speed limit is a point of pride in Germany. Lawmakers have actually resisted adding a limit for many years. However, speed limits are becoming more popular on environmental grounds.

Over the last few years, there have been several attempts to enact an 80 mile per hour speed limit. While these have been decisively defeated so far, there is no telling how long the absolute lack of speed limit will last. Just over half of Germans surveyed say they are in favor of the 80 mile per hour limit.

Incidentally, not all roads have speed limits in the United States.

For example, there may be no official speed limit on private driveways in rural areas, which can stretch to be miles long in some places. Even if there is no posted speed limit, however, the state may define rules about how fast you can go. In some cases, it is left to a driver’s reasonable discretion.

Nevada and Montana were the last states in the United States to have no highway speed limits. When the federal limit was repealed back in 1995, Montana did away with highway speed limits, too. The state supreme court ruled in favor of limits in 1999, and they were set as high as 75.

These days, both Montana and Nevada have been known to set certain highway speed limits at 80.

What is a Minimum Speed Limit?

Several states have a minimum speed limit of either 40 or 45 miles per hour.

As the name indicates, you must maintain at least this speed unless otherwise indicated by posted signage. For example, there are often lower speed limits in a school zone.

Minimum speed limits are defined to keep motorists safe in high traffic areas where one person driving much more slowly than average might raise the risk of accidents. It is unusual to be stopped or fined as a result of driving under the minimum speed limit, but it can happen.

The risk of traffic accidents is lower at slow speeds, so enforcement is not a priority.

Still, you should be alert to minimum speed signs where they occur, and know whether your state has an overall minimum speed. It is important to drive defensively, but slow drivers run the risk of impeding traffic flow. That can lead to more risky behavior from other motorists.

What is the Average Speed Limit in the United States?

Speed limits vary by jurisdiction, but most states have:


The fastest speed limit in the US is only available in rural areas with low traffic density.

If you drive over the posted speed limit, you can face severe penalties in many states. While most cases of speeding are treated as traffic violations, this can become a more serious infraction due to other factors.

In some places, speeding can turn into a misdemeanor offense if you are driving very far above the speed limit. Speeding can even be considered a felony offense in some states when alcohol is involved.

Speeding can be recorded by automatic speed cameras, but is often up to an officer’s discretion. Officers can make mistakes. If you are asked “do you know why I pulled you over?” you are not required to admit wrongdoing. The best way to contest a speeding ticket is to show up to traffic court.

If you are found responsible for speeding, you may face fines or have points assessed against your license. Some states require repeat offenders to take defensive driving classes.

Jail time is unusual in day to day cases of speeding. However, you might have to pay more on your monthly car insurance premium. You’ll also be ineligible for “safe driver” discounts that could save you a lot of money.

What is the Fastest Speed Limit in the US?

The fastest speed limit in US states is found in only one place: Texas.

If you want to experience the fastest speed limit in US, you’ll need to travel to Austin, Texas. In the journey between Austin and San Antonio, a trip of about an hour and 20 minutes at an average pace, you’ll find speed limits of 85 miles per hour. That’s right – 30 miles over the original federal speed limit.

Before you head off to the Lone Star State to enjoy it, though, be sure you have good car insurance!

Car insurance is crucial in any risky driving situation, and that includes any time you expect to be driving fast.

No matter where the speed limit is where you’re from, Cheap Insurance will make it easier for you to save money on car insurance. Compare car insurance deals right now or contact our team for more information.
Tagged speed limit in US