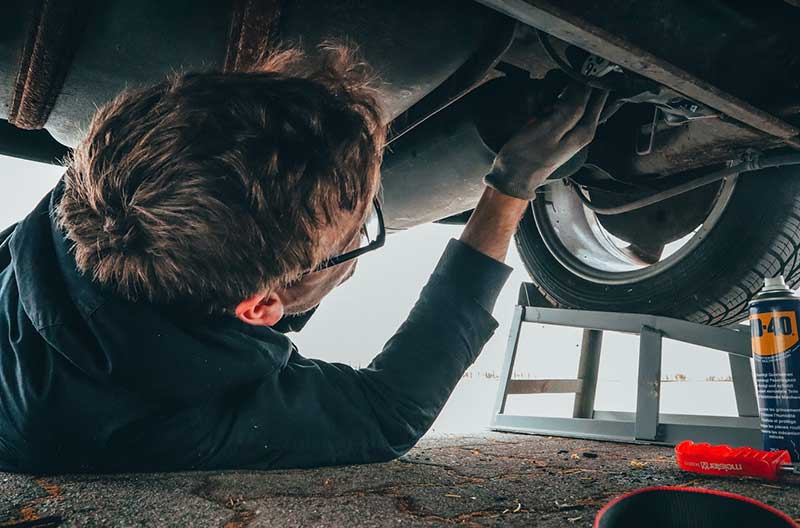 According to the National Insurance Crime Bureau, around 14,433 catalytic converters were stolen in 2020, which was a 325% increase from the previous year. Today, these numbers continue to grow.

In this article, we find out what a catalytic converter is, why it’s become so popular to steal, and whether it’s covered by your insurance.

What Is a Catalytic Converter?

A catalytic converter is a device that forms part of your car’s exhaust system. It’s used to convert toxic gases into less harmful gases.

Catalytic converters were invented by a French engineer, Eugene Houdry, who moved to the U.S. in 1930. When studies were released about smog in the Los Angeles area, he set out to create catalytic converters for gasoline engines.

This invention helped to significantly reduce smog in cities and the air quality drastically improved. Today, catalytic converters are still used in cars. They’re made out of precious metals—such as platinum, palladium, and rhodium—and they are attached to your car’s undercarriage. 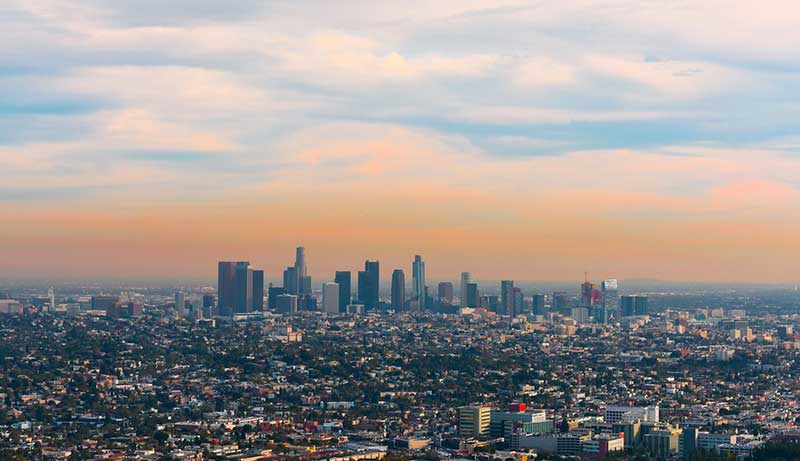 Why Do Catalytic Converters Get Stolen So Often?

It’s clear that catalytic converters are popular among thieves. But what has made them such a target over the last couple of years? Let’s take a closer look at the reasons in the section below.

1. It’s made out of precious metals

When the first catalytic converters started being mass-produced during the 1970s, the precious metals that were used in them were reasonably inexpensive. However, this changed over the decades.

Today, rhodium is considered one of the rarest and most expensive metals. Instead of investing in gold and silver, wealthy investors are seeing it as a status symbol to invest in rhodium. In fact, rhodium is more than twice as valuable as gold.

On top of this, both platinum and palladium have increased in value. As of December 2022, they respectively sell for $1,037 per ounce and $1,976 per ounce.

If a criminal decides to steal your catalytic converter, they have a lot to gain. They can take it to a recycling yard and sell it for between $50 and $250.

But if you have a hybrid vehicle, the catalytic converter will contain more precious metals, which means that it can sell for up to $1,400.

Catalytic converters are attached to the undercarriage of your vehicle. It’s a metal casing that’s about the size of a bread loaf, which is wedged between the exhaust system and near the engine.

With this placement, catalytic converter thieves can easily slide beneath your car, undo its grip with pliers, and hurry away before anyone notices.

This is in contrast to parts that are hidden beneath your car’s hood, which would be more complicated to reach—as well as put thieves in the public spotlight.

3. It doesn’t always trigger an alarm

Car alarms have a range of sensors in strategic places, such as door sensors and hood sensors. When they’re triggered by any nearby motion, such as your car being bumped by a criminal who’s trying to break in, your alarm goes off.

In some cases, alarm sensors are extremely sensitive and they may as a result be repeatedly triggered by noncriminal activity, such as a large truck passing nearby.

The solution to this is to turn down the sensitivity so that the alarm only goes off when there’s noteworthy activity around your car.

However, if the sensitivity is turned down too much, criminals may be able to access your car undetected and—for example, steal your catalytic converter.

They may even deliberately set your alarm off often so that you’re baited into turning down your alarm’s sensitivity.

Catalytic converters don’t have any identifying marks, such as serial numbers. This means that once they’ve been sold to scrap yards or recycling plants, it’s impossible to prove where they came from.

5. It’s quick and easy to steal

Criminals only need five to ten minutes to steal a catalytic converter. They can unbolt it from your vehicle, or they can use a battery-operated saw to cut the connecting pipes.

To speed up the process, criminals select vehicles that are designed with higher ground clearance than others, such as SUVs and trucks. This allows them to immediately undo the catalytic converter rather than first having to use a jack to lift your car.

How to Tell When Your Catalytic Converter Is Stolen

Since your catalytic converter is housed beneath your car, you won’t immediately realize that it’s been stolen. Instead, you will notice that it’s gone in the following ways:

On top of this—if you’re observant—you might notice evidence of your catalytic converter’s removal, such as suspicious scraps of metal lying around your car.

How Much Will a New Catalytic Converter Cost?

Besides the theft damaging your car, it’s also illegal to drive around without a catalytic converter. This is because it leads to excess toxic gases, which reduces air quality in public spaces. Therefore, you should make an effort to replace it as soon as possible.

A new catalytic converter will cost you between $1,000 and $3,000. However, the final amount that you’re charged will depend on the state you’re in, as well as the make and model of your car.

Let’s say you have a Ford F-150, which is a pickup truck that criminals can easily target. If they manage to remove the converter while you’re shopping at your local mall, you can expect to pay between $1,420 and $1,445 to have it replaced.

On top of this, you will also have to pay for the labor to install it, which will set you back between $95 to $120. 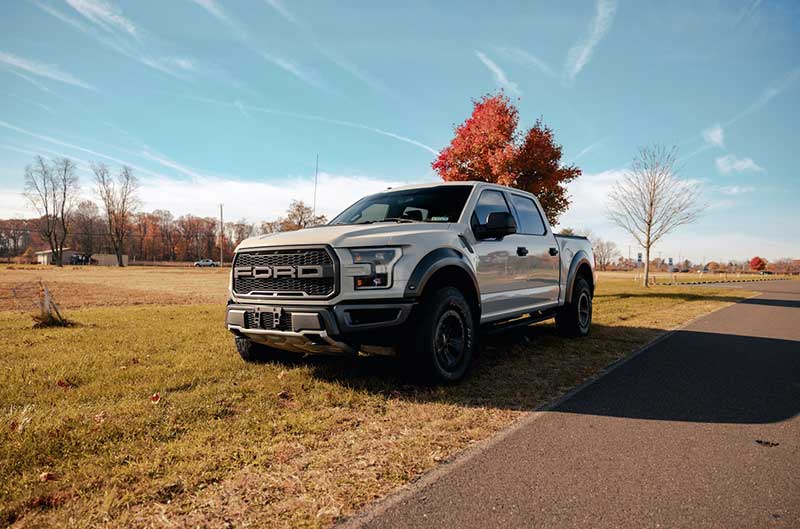 Replacing your catalytic converter may drain your emergency fund—and even dig into your hard-earned savings. The best way to get ahead of such an unexpected event is to make sure your car is insured.

Basic car insurance, otherwise known as liability coverage, is a requirement to drive on U.S. soil.

However, this only protects third parties if you’re involved in an accident. For example, if your brakes fail and you drive into a shop, it will cover the cost of the damage to the store, as well as the owner’s medical bills.

Liability cover doesn’t assist with anything else, such as a stolen catalytic converter. To have your converter covered, you’ll need to take out comprehensive insurance on top of your liability coverage.

Comprehensive car insurance will assist you to cover costs related to unexpected events like theft of car parts or hail damage, but it excludes accidents with other cars or objects. In these instances, you will need collision coverage.

Additionally, comprehensive cover will step in if your vehicle is, for example, damaged by natural disasters, fires, explosions, falling objects, or theft.

Let’s return to the above example where your Ford F-150 had its catalytic converter stolen.

Instead of paying out of pocket, your comprehensive insurance will kick in. However, before this can happen, you need to settle your annual deductible. This is usually between $100 and $2,000 each year.

To replace your catalytic converter, your cost is then reduced from $1,515 to $200. At the same time, you will also remain covered for any other noncollision emergency. 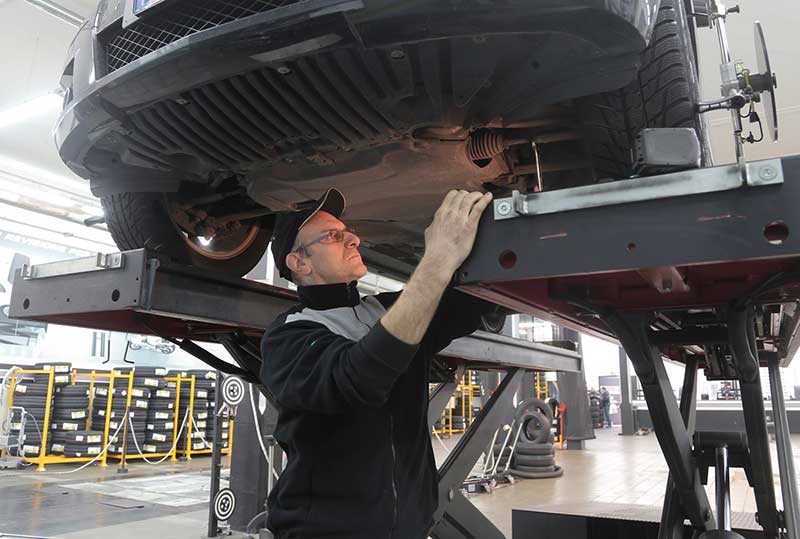 Five Steps to Follow If Your Catalytic Converter Is Stolen

If you start your engine and you’re shocked by the sound it’s making, your catalytic converter may have been removed. You should follow these steps to address the problem: 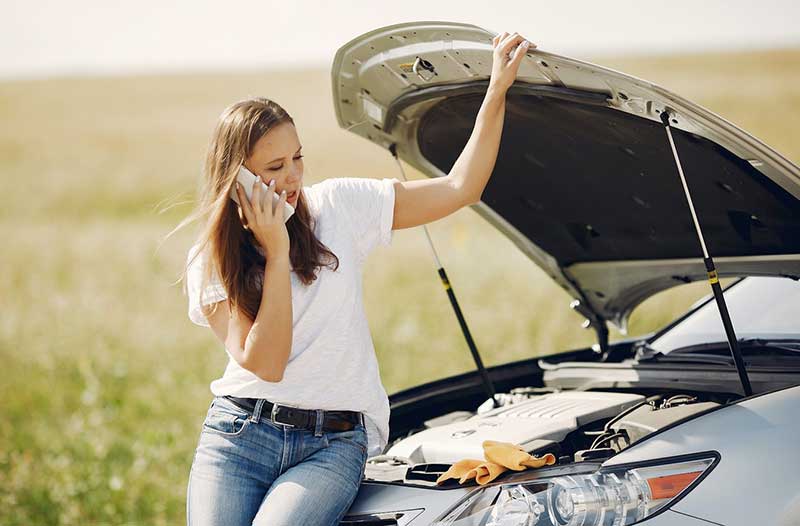 Are There Ways to Prevent Catalytic Converter Theft?

The Preventing Auto Recycling Theft (PART) Act, which was implemented at the start of 2022, attempts to reduce catalytic converter theft.

This Act will, among other things, require new cars to have serial numbers on their converters, and scrapyard dealers will have to keep detailed records of purchases.

Besides relying on the PART Act, you can also take steps to prevent your catalytic converter from being stolen. This may include the following: 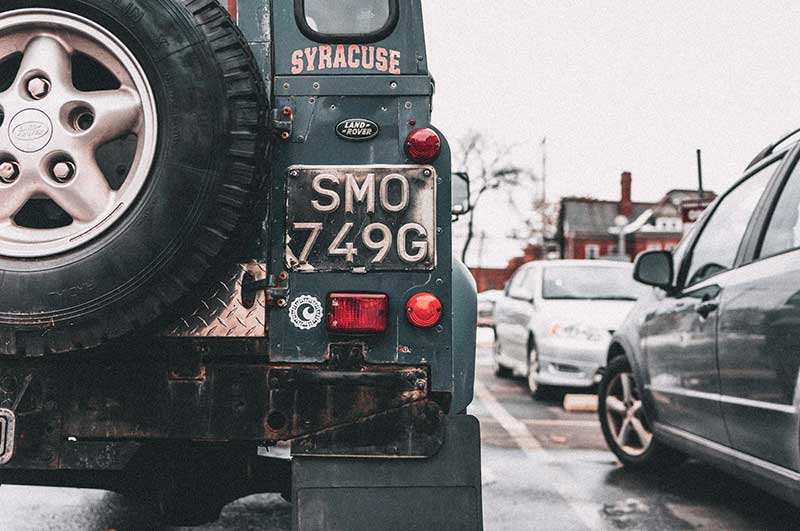 Ready to Insure Your Vehicle? Get a Free Quote from CheapInsurance.com

Unfortunately, you cannot completely prevent your catalytic converter from being stolen. Despite your best efforts, a criminal may still get away with it.

This means that it’s in your best interest to make sure you have the correct insurance in place to protect you against having to pay expensive bills following catalytic converter theft.

If you don’t have comprehensive coverage, or you’re unhappy with your current insurance policy, fill in your zip code at the top of this page to get instant quotes.

You will be able to compare quotes from a range of different insurance providers and find one that suits your budget and unique needs.

At CheapInsurance.com, we’ve got you covered!