Close your eyes and blurt out loud the first image or word that comes to mind when I say, “motorcycle”.  If you’re like most people you probably thought of death. It seems these days the words death and motorcycle are pretty synonymous. Most people think motorcycle drivers drive like this when they’re on the road:

It’s true motorcyclists can be crazy! But for the most part it isn’t motorcyclists who tend to cause accidents, it’s the drivers around them. Below, you’ll find an infographic that statistically describes motorcycle accidents and deaths. Here are 4 things you need to know:

Take a look for yourself below at recorded statistics involving motorcycle accidents and deaths in America. A word of caution to anyone who rides a motorcycle: cheap motorcycle insurance can’t help you if you’re dead so be safe! 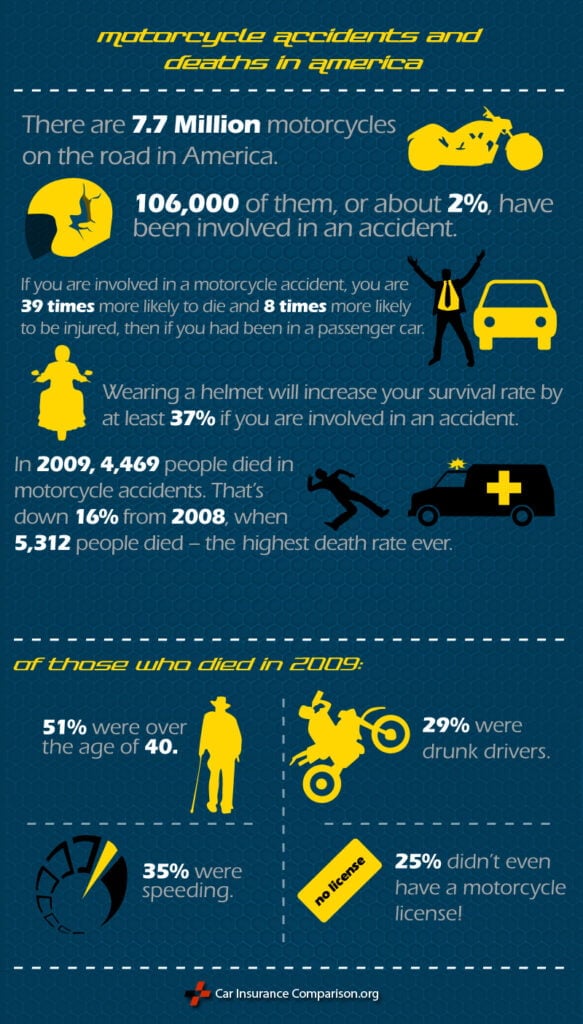