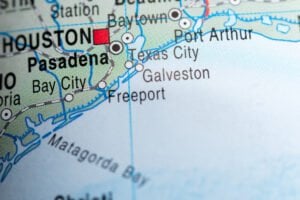 Pasadena, while named after the Golden State city, has little in common with its namesake. The Texas city has a history rich in the ranching industry, which moved into oil investments around Galveston Bay. It’s still largely an industrial town, with some shipping and high-tech added to the mix. The city has and estimated 2015 population of 153,784. Pasadena is served by three freeway systems. Interstate 45 is the closest interstate to the Pasadena city limits. The main freeway artery is the Pasadena Freeway. Commutes aren’t bad, and cost of living is 11% lower than the state average. Residents have plenty of ways to save money, including the number of options for cheap car insurance Pasadena has to offer.

It’s important to have the right car insurance in Pasadena to protect not only yourself, but your vehicle too. Remember that carrying the minimum coverage required by law may not be enough to cover you personally. Make sure your policy will cover all of your assets, even if you are in an accident with an uninsured driver.