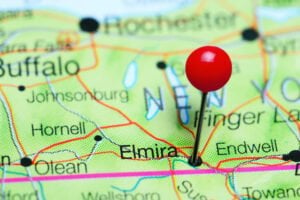 Watertown is located in the central part of Jefferson County, approximately 70 miles north of Syracuse and 30 miles south of Canada. The city developed early in the 19th century as a manufacturing center and is named after the many falls located on the Black River. The city has been working in recent decades to redevelop its downtown and revive the heart of the city. It is highlighting its rich architectural heritage, compact and walkable retail center, and well-designed residential areas. The city has and estimated 2015 population of 26,780. Because of it’s location just 25 miles from the international boundary via the Thousand Islands Bridge, many visitors come from Canada to shop, supporting the cities economy. This also means busy streets and congested highways. Residents need to make sure they explore all the options for cheap car insurance Watertown has available.