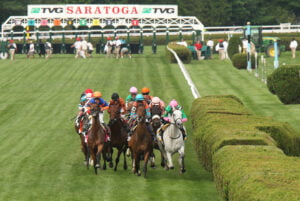 Saratoga Springs in Saratoga County, New York, is perhaps best known for the Saratoga Race Course, which opened on August 3, 1863. The estimated 2015 population is 27,765. The name of the city reflects the presence of mineral springs in the area, which has made Saratoga a popular resort destination for over 200 years. Horse racing and its associated betting make the city a big attraction as a tourist destination. Saratoga Springs relies heavily on tourism as its main source of income during the summer season. Many residents commute daily to Albany via Interstate 87, Interstate 787, and Interstate 90. This makes for heavy traffic congestion and a greater risk of accidents. Residents should take the time to explore all the options for cheap car insurance Saratoga Springs has available.