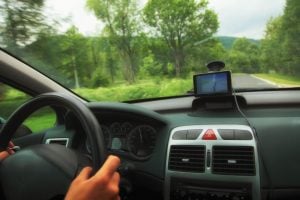 If you like the idea of having a dash cam recording all your driving fun, but don’t want to spend money on one, now there are some great options. Several different app companies have made their product available for free so you can just download, mount your phone on your windshield or dash, and be on your merry way. You will be able to catch all the road action, if there is any, and even prevent getting into a collision.

Nexar, an Israeli company, has just released some brand new capabilities for its mobile app. It watches the road ahead and can predict when a crash is likely to happen. So far the release has been limited to New York and San Francisco just last spring, and it has already helped resolve over 200 insurance claims. Having everything recorded can help prevent insurance fraud, protect you from corrupt law enforcement, and provide evidence in the “he said, she said,” kind of accident cases. It seems logical to see that having access to this kind of footage will be extremely valuable to insurance companies, enough to have them offer discounts for drivers that use them. There may even come a time when your Good Driver Rating will be based on the scores provided by dash cam information.

Until then, we use what we got right! So if you’re not looking to buy a brand new car that may have the latest dash cam gadgets in it, you can use your phone to get the same benefits. There are several good apps available, each one has different features that you may or may not need. DailyRoads Voyager has been in operation since 2009, and has a feature that allows you to choose which footage to keep with just a touch on the screen. AutoGuard Dash Cam and CaroO are two more highly rated apps that can also monitor your car’s vital statistics. Do some online research to check the capabilities of each app, and then there are some that will allow you to try their light version for free. Some charge a small monthly amount, others don’t. 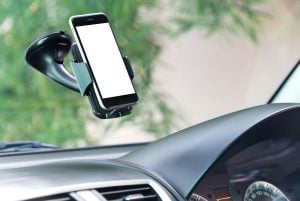 Nexar is one that doesn’t, but in exchange for that benefit, you agree to let the company use all the data that is collected through the app. Nexar appears to have a benign purpose for this though. They are hoping to collect enough information to provide an even better system. The more information the app has, the better it is capable of predicting events and even showing what sights are in the area worth checking out. True, Nexar can do whatever they want with the information they collect, including selling it to third parties and sharing it with the government. Make of that whatever you will, could be a huge big brother problem for you, and others could care less, especially if it helps them find the nearest Starbucks quicker.

The first thing to keep in mind is the visual obstruction your phone dash cam may cause. Make sure it is no bigger than 5 inches if it is on the driver side of the front windshield and no bigger than 7 inches if it is on the passenger side. This is just a precaution, since some areas don’t have any rules on the books for dash cams, but others do. The last thing to keep in mind is the general rules regarding recording devices. Different areas have different laws regarding the legality of dash cams. Right now dash cams are illegal in Switzerland and the UK and nominally legal in Australia, but there are no federal laws against them in the United States. However, it is still illegal in the U.S. to video record someone without their permission. So just be sure to let your homies know they’re on camera when they get in your car. Hopefully they won’t take it as an invitation to roll out their latest jokes and comedy routines.