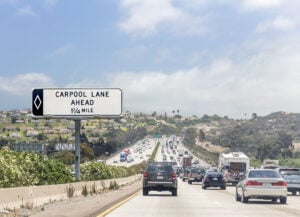 High Occupancy Toll Lanes (HOT for short) are evolving in response to the sometimes obvious underused HOV lanes (High Occupancy Vehicle). HOV lanes are available for free to cars with two or more drivers, or other exempt vehicles such as motorcycles, transit vehicles, emergency vehicles, and cars with approved alternative fuel systems. Developed first in California, these express lanes, or FasTrak roads, have encountered both success and criticism.

So, what’s the difference between the HOV lanes and the HOT lanes? All drivers can have the option of using HOT lanes, not just those who meet the previous HOV lane requirements. People can choose to spend their time, or their money. An individual trying to get to an appointment on time to avoid a dollar-a-minute late fees will be happy to pay $1.85 to use the HOT lane. If you are self-employed, you can take advantage of the lane to fit in a few more clients at the end of the day. Some critics claim that HOT lanes are discriminatory, letting the rich speed past the poor in the “Lexus Lane”. Not true. According to data provided by the 91 and I15 express lanes in California, all different income levels use the lanes. 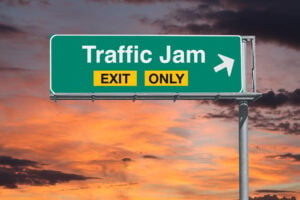 The toll lanes along Interstate 15 in California have the most up to date version of these HOT  lanes. These systems are reversible and can have more lanes operating in one direction in the morning, and change to the other direction in the evening. The fee is collected electronically and can vary in response to the traffic volume. The toll fee is visually available at any time on the electronic signs posted at the entrance of the express lane. This gives drivers the choice: “Spend my time in traffic, or my money in the fast lane?”

Most of the criticism falls on the HOV lanes as they were mostly ineffective in reducing traffic congestion, except during the busiest commuting hours. These underused lanes were frustrating drivers sitting in stopped traffic, while there were no cars at all on the express roads. HOT lanes give people the choice, thereby creating a perceived value where there wasn’t one before.

You’ve seen them. They dart out of the regular flow of traffic that is going 20 miles an hour, hop into the express lane for a few miles then hop out. Believe it or not, those aren’t even the worst law breakers. People have gone to the extreme trying to create a virtual passenger so they can cheat their way into the fast lane. One guy stuffed a pile of wooden boards into a hoodie, and another stuck a picture of Donald Trump’s face onto the headrest on his passenger seat. Most of these attempts don’t trick the authorities now because they have specialized equipment to help keep the cheaters off the VIP lanes.

Xerox has developed the Vehicle Passenger Detection System. It uses an illuminator, two cameras, and a laser trigger. In addition to being able to detect speed limit infractions, it can tell if there are enough people in the car. Even beyond that, by using geometric algorithms it can tell the difference between your dog and your girlfriend! (If your girlfriend is highly unattractive though, you may run into problems.)

The Los Angeles Metro Express Lanes Hot system requires cars to have a transponder installed. The transponder has a switches that the driver selects to indicate the number of people in the car, then the appropriate fee is charged. The California Highway Patrol officers have their own devices which display the declared occupancy of the car and they can then check visually to catch the cheaters. This system has actually been proven to work, reducing the rate of lane use violations by 40-50%.

By allowing everyone the choice to spend their time or their money, more drivers will be able to see and appreciate the value of toll roads. As the perceived value increases and more people opt for the HOT lanes, the congestion will be alleviated, which will also improve the movement of traffic in the conventional lanes. Efficient movement of traffic lessens your time on the road and the mileage on your car, which lowers your car insurance rates! See, everyone’s happy, except those cheaters of course.