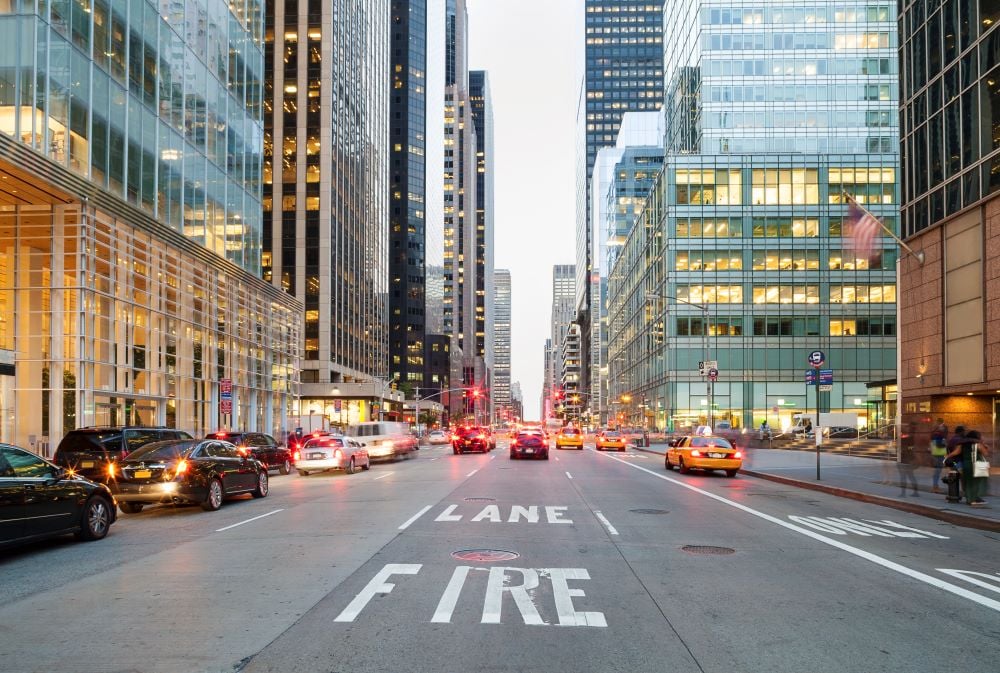 New York City is easily the most important financial and cultural center in the nation. With an estimated 2015 population of 8,550,405, New York City is also the most densely populated city in the United States. There are many well known landmarks in New York City, and the city received a record of nearly 60 million tourists in 2015. It also hosted three of the world’s ten most visited tourist attractions in 2013. One of it’s newest landmarks is the One World Trade Center. It is the tallest skyscraper in the Western Hemisphere and the fourth-tallest building in the world by pinnacle height, with its spire reaching a symbolic 1,776 feet in reference to the year of American independence. This great city is also one of the most expensive cities, with a cost of living that is almost 30% higher than the national average. Owning a car is almost a luxury, so those that are willing to pay for the privilege spend a considerable amount of time trying to cut costs. That makes it a priority to find all of the options for cheap car insurance New York City has available.

New York State law requires drivers to carry auto liability insurance coverage at all times. It must remain in effect in order to keep your vehicle registration valid, and must be issued by a company licensed by the New York State Dept. of Financial Services. Out of state insurance is not acceptable, and the insurance must be in the name of the vehicle owner.
The average commuter in the New York-Newark area spends 60 hours a year stuck in traffic. Because there are so few drivers, the amount of options for cheap car insurance New York state has available often surprises residents.

According to the Census Bureau 1.6 million people commute into Manhattan every day. While most commuters who live in the city use public transportation (almost 60%, not including taxicab commutes), the vast number of commuters from outside the boroughs (the “bridge and tunnel crowd”) makes up for it.

Tourism is a vital industry for New York City, which has witnessed a growing combined volume of international and domestic tourists, receiving a sixth consecutive record of nearly 60 million visitors in 2015. Tourism had generated an all-time high US$61.3 billion in overall economic impact for New York City in 2014, making public transportation effective and essential to the city.

New York City’s Metropolitan Transit Authority carries over 11 million passengers daily, on close to 14,000 vehicles, including subway cars, buses, and commuter rails. Four routes and services, including a map of the subway network connecting the five boroughs, head to the MTA’s website.