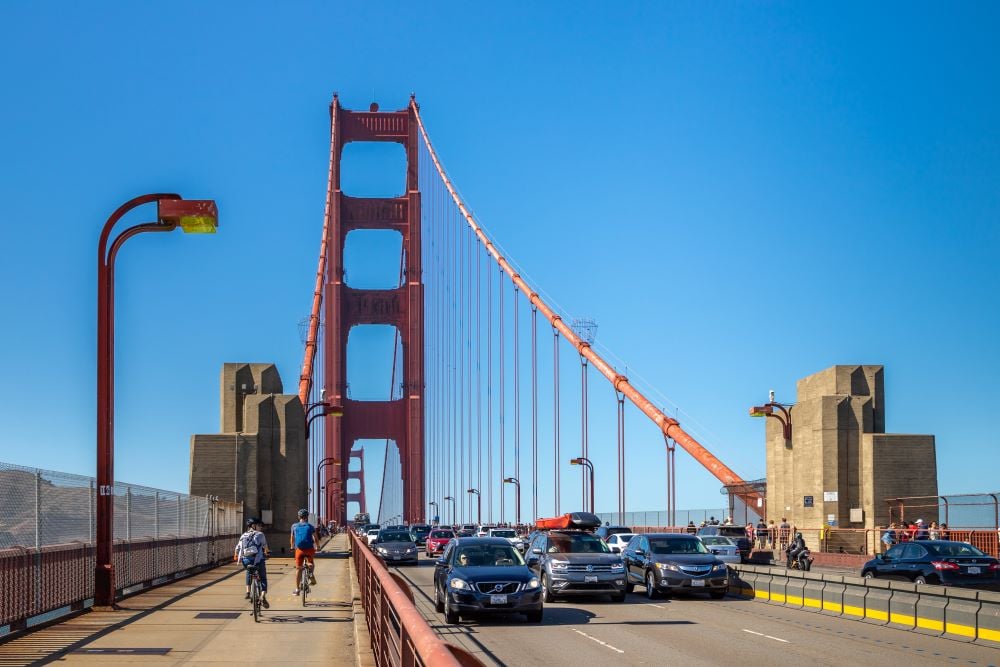 While the city itself has a population just under 1 million, the surrounding Bay Area (which includes San Jose, Oakland, and Silicon Valley) has a population around 8.5 million as of 2013. While the rising cost of living in the metro area have led to some residents seeking alternative means of transportation, if you own a car and need cheap car insurance San Francisco still has plenty of options.

We believe that knowing and understanding your city can greatly increase your chances of finding the best insurance rates, so we collected some data to help make that easier. If you live in the city and own a car, you know that you have to pay a great deal for the privilege. The average insurance premium can easily reach upwards of $2,000 (depending on the vehicle and the required coverage).

Uninsured Motorist rates hover around the state average of 25%, which is a leading cause of increased premiums. The best ways to keep your insurance costs low is to keep a clean driving record (no traffic tickets or accidents), check for discounts (affinity discounts, loyalty discounts, low-mileage discounts, etc.), and to periodically shop around.

If you measure by miles driven, San Francisco holds the #1 spot in California for number of traffic fatalities. Even if you measure by population, it still holds the #13 spot. This starts to make sense when you consider that the city is only 46 square miles, making it the second-most densely populated city in the nation (after New York City)

According to the California Office of Traffic and Safety, in 2012 there were over 5,000 auto thefts in San Francisco alone (this number does NOT include the surrounding Bay Area), and almost 30,000 thefts.

The biggest factors that contribute to San Francisco’s auto insurance premiums (other than California’s uninsured motorist statistic) are the number of traffic collisions, number of auto thefts, commute length and time, and vehicle value.

“Full Coverage” (this term usually refers to Comprehensive and Collision Coverage) is almost always recommended in large urban areas. The chance of auto theft, vandalism, or other damage increases exponentially in densely populated areas like San Francisco. Because of the concentration of high-value vehicles in the city it is recommended you purchase liability limits that exceed California’s minimum. The state only requires a meager $5,000 for property damage. With the rising cost of vehicle repair, we all know that doesn’t stretch very far.

Increased liability will also cover you in the event your vehicle strikes one of San Francisco’s many pedestrians and bike-commuters. Uninsured Motorist Coverage is a must anywhere in California, especially in urban areas like S.F. and the surrounding cities. Experts recommend getting new car insurance quotes at least every six months, especially if you live in one of the larger cities.

The Great Things San Francisco Has to Offer

Whether it ranges from going on adventures and looking at immaculate views to going to look at the local art, San Francisco has you covered.  San Francisco is the place to be if you want to tour various things.  To give a couple of examples touring of the bay is quite beautiful. You get on a boat, preferably in the morning, and ride all across the bay and the sights you see are second to none. Another example would be touring of the famous Alcatraz prison. It is rumored the prison is haunted from the prime of its days. The tour takes you all around the grounds of Alcatraz and gives you some great details on what the facilities did back in the day.  Just a little north of San Francisco is the famous Napa, Sonoma wine regions. In this area there is some of the best wine tasting the world. Some brands include Silver Oak Napa, Berlinger, etc.

The cost of living in San Francisco is widely known to be at an all time high. One of the most expensive housing markets in the world. The reason why it is so high is because San Francisco has a housing shortage. By 2015 is reached the highest in rent in the world. One bedroom one back apartment has a median price of $3,530 which is widely outrageous. Prices has been on the rise for years. In four years the median price of an apartment has gone up 50% with a CAGR is nearly 11%. The price per square foot on rentals has increased 70% since 2011. With this being said, people who are able to afford to live in San Francisco put about 30% of their income towards rent.  You’re probably thinking of buying instead of renting but the homes in San Francisco have raised about 68% since 2016. With the best cheap insurance, we will help you to save on your home -owners insurance.