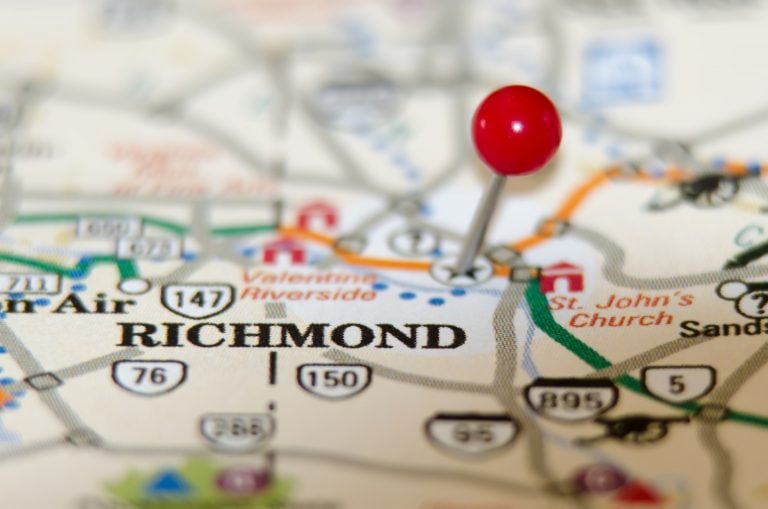 The City of Richmond is located 16 miles northeast of San Francisco, directly across San Francisco Bay. Richmond is on a peninsula separating San Francisco Bay and San Pablo Bay, and the city has 32 total miles of shoreline. Richmond is located on the western shore of Contra Costa County, and is the largest city in the “West County” region. The weekday westbound morning commute on I-80 through Richmond lies within the most congested stretch of freeway in the Bay Area, according to Caltrans, and has been ranked as such since 2001. Because of this, residents should take the time to investigate all the options for cheap car insurance that Richmond has to offer.

Richmond was settled by the Ohlone Indians about 5,000 years ago. There were several different groups who lived together peacfully. They had a culture based on strong community, spiritualism, and artistic creativity. Their way of life and culture was destroyed when the first Eropeans came in around 1772. Spanish missions were built and large tracts of land granted to military heroes and loyalists.

Richmond was incorporated as a city in 1905 and was already an established industrial town. Within a few years substantial industries located to Richmond, including Winehaven, Pullman Palace Car Shops, American Radiator, Standard Sanitary Company, Stauffer Chemical Company, and several others less well known. Town sites began to emerge around these industries.

World War II began, and the Kaiser Richmond Shipyards, one of the biggest wartime shipbuilding operations on the West Coast, sprang up on Richmond’s South Shoreline in 1941. The result was explosive growth, large scale in-migration of workers, a “boomtown” atmosphere, and profound long-term effects on the City. Richmond’s population increased dramatically as tens of thousands of new residents, White and Black, migrated from the economically depressed South and Southwest to work in the shipyards.

After the war, a number of new industries moved in to occupy vacated shipyard structures. Among them were Kaiser Aircraft, Garwood, Butler, Southwest Welding, Pacific Vegetable Oil, United Heckathorn, and International Harvester. Richmond’s economy is currently undergoing a major transition from its former heavy industrial character toward more high technology and light industrial companies. Biotechnology, in particular, has developed as an important new “niche” in Richmond’s growing economy. At the same time, the City’s major manufacturers such as Chevron and Zeneca have continued to upgrade their Richmond facilities. Richmond is a growing maritime, industrial and residential community with a strong potential for further growth.

Richmond is situated near major metropolitan cities and major new growth areas. San Francisco is within 35 minutes from Richmond by freeway; Oakland is 20 minutes; San Jose is approximately one hour’s drive to the south; and Sacramento, the state capitol, is approximately 90 minutes to the east.

Overall crime rate of Richmond is more than twice the national average, although the rate of fatal car accidents is about the same as the rest of the country. In 2004, Richmond was ranked the 12th most dangerous city in America. Richmond is no longer a ranked as a most dangerous city in large part due to the efforts of Police Chief Chris Magnus, who established “community policing”, which involves police officers working together to affected high crime communities.

There are a lot of options when it comes to public transportation, which can help drivers keep their car insurance rates low. If you plan ahead, you can usually leave your car at home and still have access to most of the Bay Area.