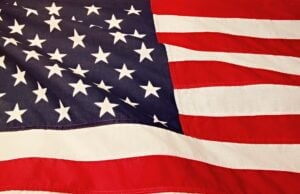 How The U.S. Car Industry Shapes Our Way Of Life

Have you ever thought about life without your car? Most of us are not old enough to remember a time without locomotives. From the early days of Ford to the modern Tesla, cars are our past, present and future it seems. We often take for granted everything that has been shaped because of this machine-on-four-wheels. The thousands of miles of roads which are paved and have to be maintained. The millions of jobs obtained to not only make cars but sell them and fix them. Mechanics, car salesmen and factory workers make up quite a large percentage of the workforce for many towns in America.

Not to mention the construction companies and workers who pave roads, paint them and fix potholes. And let us not forget the insurance industry where the best cheap car insurance plays a huge role. From agents, to brokers and insurance company owners, the car insurance industry is a multi-billion dollar market in the United States alone. Large parking structures are built simply to store your car while you are at work. Parking passes are dealt out like lottery tickets in some cities. Yet we seem to always overlook the importance of our cars. We seem to forget the history behind the vehicle.

The automotive industry began back in the 1890’s. It didn’t take long for this industry to become the largest in the world and uphold this reputation for many years. It wasn’t until the 1980’s that the car industry was overtaken by Japan. That’s almost 100 years of a titan, that not only boosted America’s economy but changed the way we all look at travel, work and sustainability.  General Motors, Ford and Chrysler are amongst the biggest companies and have been around since the 1920’s. From riding horses to bicycles to cars, the “everyday American” became accustomed to luxury taken form by their car. No matter how fast it went. Manufacturing for the most part has been done in the United States from the very beginning. This lead to a huge job boom and stable economy for many years. 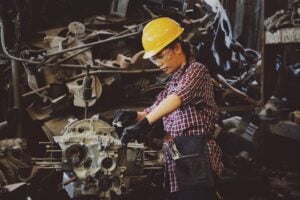 The car originally began selling for under $1000. Now a car will easily cost a consumer $30,000. Many people who need a large truck for work or want a fully electric vehicle such as a Tesla, will pay more like $50,000 for a new car. Although, the used car industry is now flooded with every type of car and price you could think of. Keep this in mind when searching for your next vehicle. Back in the early 1900’s this was not the case. Only the wealthy could afford a car. The car of yesterday would take us through wars and industrial revolutions over and over again and still stand the test of time.

Why We Love Cars

Getting back to the basic facts of when and where the car came from can help us to truly appreciate it. When you have to dole out hundreds of dollars each month on the best cheap insurance you need, you will be able to write the check with ease knowing how valuable your car actually is. From cars not quite able to reach 4o miles per hour, to the high-performance, turbo-charged engines of today, the car industry has come quite far. And why? Because we as the consumer have asked for this. We want more miles per gallon and more horses in the engine. We as Americans want bigger and better roads that prevent traffic. Yet we are still willing to sit in traffic for hours just to get to work.

We like to have our phones connected in our cars and want tinted windows for privacy. Many commuters spend upwards of four hours a day in their car. So guess what? You better like what you are driving. Get the synthetic oil changes and weekly car wash because your car is most likely one of your largest investments. Not only in money but in time. The average American spends about 30 thousand dollars on the purchase of their car or truck. Put that together with registration fees and monthly cheap car insurance premiums and you have one expensive machine.

The Car Industry That Crashed

Back in 2008, the U.S. had a financial crisis on their hands. And the car industry took it the hardest. Many factories and sale lots had to close down. Why? The economy wasn’t doing well and for a lot of people who get loans through banking institutions, they lost money. When the banks go south, so does everything else. This crash carried into the next few years and this put a huge damper on the automotive industry.

People just weren’t buying cars. And if they were, it was used cars, not new. So the factories weren’t making as many. People were put out of work as factory after factory closed its doors. Sometimes this meant that whole towns were lost in the shuffle. And why? All because banks were greedy and people were misinformed. For the most part, cars were still a huge part of every day life. But it took a few years to make a comeback for the car industry.

Recent statistics show that there are nearly 100 million vehicles on the road in America. The car industry has come back around and survived one of the biggest financial failures in U.S. history. But one reason that this is even possible is because of the people. People like you who need and rely on their cars for work. America is vast and not every city has the capacity or availability to transport its citizens.

Public transportation in much of America is not in high demand. And frankly, many cities just don’t have the financial means to make it happen. So, where does this leave many workers from day to day? You either have to take a bus to work and make multiple stops along the way. Or get a car and make the commute easier. There are almost 250 million drivers in the United States. That means that three/fourths of the U.S. drives and needs a car. Most drivers are between the ages of 45 and 49 years old.

Recently it was predicted that nearly 17 million motor vehicles were produced in America in 2018. That is a high climb from where the automotive industry was after 2008. In 2009, the lowest production ever was recorded at only 8.75 million motor vehicles produced. This was simply keeping up with the need for vehicles and the money that could be invested to produce them. Many motor companies nearly went out of business. In 2018 the car industry along with parts and manufacturing made up about 750 billion dollars of gross product. That number was cut in half in 2009 when the economy was at its lowest. 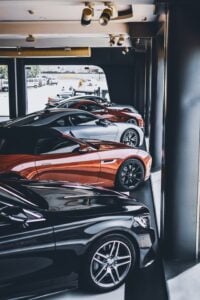 To put it mildly, the economy and the car industry are doing very well. One sector of the car economy that has always seemed to stay afloat is the insurance industry. Cheap car insurance is mandatory in every state in some capacity. For this reason, the insurance companies have a sure thing going. Getting the very best rates on your car insurance might mean taking a few extra steps. The process for purchasing insurance in the United States starts the day you purchase a vehicle. If you want to drive on the roads that the government maintains, you will need liability coverage at the very least. With over 100 million car registrations in 2017 alone, the insurance industry is always booming. New registrations means new insurance policies. These policies are many times grouped or bundled with other insurance accounts.

If you are financing a car, most banks or lending institutions will require comprehensive and collision coverage (usually not to exceed a $1,000 deductible) Rates can vary depending on frequency of use, length of commute, territory, etc. A deductible is an agreed upon dollar amount in which you “share the risk” with your insurance company if your vehicle is damaged. For example, if your vehicle is worth $10,000 and your deductible is $500, in the event of a total loss, your insurance company will pay up to $9,500 (after your deductible is paid).

Insurance is not a bad thing. In fact it will save the average American hundreds if not thousands of dollars every year. Don’t pay out of your pocket for something you could have covered with insurance. The truth is, most Americans can’t afford to not have insurance. This means financially, you need it. When you get into a crash, your car and the other persons car will most likely cost a pretty penny to fix. If you don’t have insurance, where will the thousands of dollars in repair costs come from. Getting the best cheap car insurance in your state means talking with a broker. 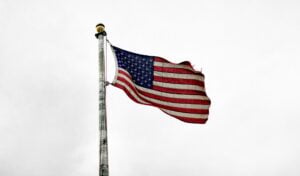 Cars Are Still Shaping Us

From wanting better gas mileage, to needing more horse power, we as consumers are constantly pushing the boundaries for the car industry. We decide what goes on the market next. People wanted electric cars, and now there is a large electric car industry from the Nissan Leaf to a more luxurious Tesla SUV. Some people were gearing up to pull larger trailers and boats. So the truck industry has made bigger and more appealing vehicles. With more spacious interior and better turning radius. From heated leather seats to a bigger tow package, the American dream seems to be coming true time and time again, but in the shape of cars. It is truly one thing that Americans can mold and remold over and over.

Who Is Shaping Who?

Is it cars that are shaping us or we who are shaping them? Getting into the back seat of a Luxury model BMW or sitting in the drivers seat of a new F-150 can feel like a euphoric experience. Leasing vehicles has become more trendy because we as Americans want new. Every three years, we want to be able to upgrade to something better than we had before. Maybe it’s a generational thing. Grandparents seem to hold on to their cars for 30 years or so. But Millennials want what is new on the market. The car industry is changing more and more every year. Buzz of electric trucks hitting the market in 2020 is a true tell tale sign that the industry is flourishing. And we as consumers are pushing it along.

Even if you can still remember your first car and how it felt to drive it, you will probably over take that memory with a new one in your new car. We are creatures of habit is seems, because most people have a certain “type” of car that really appeals to them. The automotive industry understands this and makes multiple products for every type of buyer. From the crossover SUV to the hatchback sedan, we all want a little bit of everything. Take a piece of the pie and go grab your American made car today.