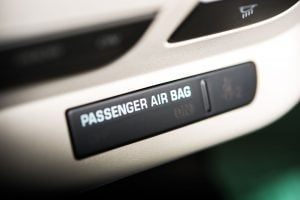 Last month the Japanese auto parts maker, Takata Inc., plead guilty to fraud, admitting that they hid the evidence of defective airbags that killed 16 and injured more than 180 people. The company made the defective airbag deployment device that exploded under force, and hurled deadly shrapnel into drivers and passengers. A device that was designed to save lives actually took them, and the incident has set off the biggest recall in U.S. automotive history. More than 42 million vehicles and 100 million inflators worldwide are continuing to be recalled, but serious damage has already been done.

The chief financial officer of Takata, Yoichiro Nomura plead guilty on behalf of the company in federal court, and agreed to the penalties. They will pay $850 million in restitution to automakers, $125 million to victims and families, and a $25 million dollar criminal fine. The company will also be sold, hopefully to someone with a better conscience.

Attorneys for Takata have also charged five automakers, claiming they knew how dangerous the device was but continued to use it anyway in order to save money. Volkswagen is one of those companies, and they are instructed to buy back cars and will face up to $21 million in penalties and compensation. There are also charges pending against Honda, Toyota, Nissan, Ford and BMW, accusing them of having knowledge of the devices defects and not taking the appropriate steps to correct the situation.

The first rupture occurred in 2009, and the defect was covered up for over a decade, preventing the corrections and recalls that could have saved lives and injuries. There have been so many recalls that manufactures are having trouble keeping up with the amount of replacements that need to be done. For more information on the first part of this story, see the corresponding blog, Takata Airbag Recall: Now A Full Blown Crisis, published November, 2016.The defective airbags were installed in cars from model year 2002 through 2015. If you suspect that your car many have a defective airbag, you can check the NHTSA VIN look-up tool to see if your car is on the list. The small bit of good news is that the manufacturer is responsible for the cost of replacing the airbag, not you or your car insurance company. Any accidents or damages caused by the defective airbag are also the responsibility of the manufacturer. On the other hand, if you put off getting the recalled part fixed then that is your liability, and your car insurance rates could be affected.

With the total number of airbags needing to be replaced being between 65 and 70 million, make sure you have done your due diligence by finding out if your car airbag needs replacing, and contacting the dealer. The National Highway Traffic Safety Administration has ordered recalls to be done in stages, focusing first on those vehicles that have the oldest Takata airbags. Because of the huge amount of recalls that need to be done there is a large shortage of replacement parts available.

This is something I actually had personal experience with. My son has a 2007 Honda Civic that was listed among the recalled vehicles, and when we took it to the dealer to have the airbag replaced we ran into the same issues. The dealer had ordered more than 50 replacement parts, but only 20 had been sent. During the wait, it was impossible for me to let my son drive the car, as any minor crash or incident could cause the ammonium nitrate inside the air bag inflator to blow apart, sending metal pieces of the canister ricocheting inside the car. In our case, it was the passenger side airbag that needed replacing, the part was received and finally replaced a couple weeks later. Fortunately our lives and our car insurance was not affected because it was taken care of quickly enough. If anything had happened, I don’t think any amount of money from Takata could have made up for it. 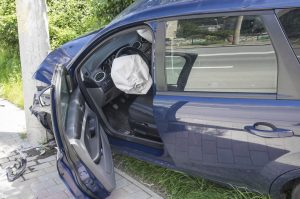 The Wall Street Journal, The Associated Press, NBC News, and USA Today, are just a few of the major newscast units who have been bringing the trial news and results to the public. Assistant Attorney General of the Justice Department’s Criminal Division, Kenneth A. Blanco stated this on the day the verdict was decided. “For over a decade, Takata lied to its customers about the safety and reliability of its ammonium nitrate-based airbag inflators. Takata abused the trust of both its customers and the public by allowing airbag inflators to be put in vehicles knowing that the inflators did not meet the required specifications.  Today’s sentence shows that the department will work tirelessly to hold responsible those who engage in this type of criminal conduct.” The United States Department of Justice further stated that “Takata will also implement rigorous internal controls, retain an independent compliance monitor for a term of three years and cooperate fully with the department’s ongoing investigation, including its investigation of individuals”.
[vifblike]