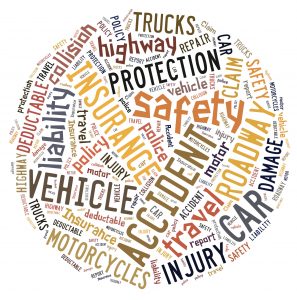 The Safety and Financial Responsibility Law requires that motorists be held responsible for accident damages through the court system. California law also has the same requirements, which is where all insurance starts. Liability car insurance is the most common, and it covers the costs of damages or injuries that you may cause if you are in an accident. As you probably know, there is a whole lot more to insurance then just that, and SR22 insurance is the black sheep, or the awkward cousin at the insurance family reunion.

California insurance companies provide services for those who need insurance in their everyday life, for normal risks faced in their city or town. Under The Safety and Financial Responsibility Law, those who have violated the law are held accountable for their actions. By suspending their license and registration privileges, the law attempts to prevent future crashes and damages to innocent people. Financial Responsibility Insurance is the SR22. It is the way problem drivers are monitored and the law is enforced by requiring them to carry mandatory insurance, and be off the road for certain periods.

The SR22 is an official form that proves that the required responsibility insurance has been purchased. As of 2011 the only states that do not use the SR22 forms were Delaware, Kentucky, Minnesota, New Mexico, New York and North Carolina. Most of the other states require drivers to carry SR22 insurance for 3 years. The coverage must be maintained continuously, without any lapses in payments or any cancellations. If the Sr22 insurance does get cancelled, the 3 years starts over again.

Many people are required to carry SR22 insurance, not just those who have been arrested for driving under the influence. It is also required by those who have been caught driving without insurance, or those who have had too many traffic offenses in a short period of time. Also by anyone caught driving with a revoked or suspended license. People who have made any of these violations are considered high risk drivers. The law tries to protect other people from high risk drivers by imposing extra requirements on them. The hope is that people will choose to obey the laws concerning driving under the influence and reckless driving, rather that lose their license and pay fines.

The purpose of the law is to remind people that having a driver’s license is a privilege, and it is one worth keeping. The freedom to get in a car and drive to wherever you want whenever you want gets taken for granted. Some drivers interpret it to mean reckless driving and racing on highways is acceptable behavior. Sometimes people are just not paying attention or are distracted. The SR22 insurance requirements exist to protect those who do pay attention, and take driving to be the serious privilege that it is.

If your situation requires that you purchase SR22 insurance, try our cheap SR22 Insurance quote option to find the best savings on coverage.Find more information on our SR22 Insurance Guide.