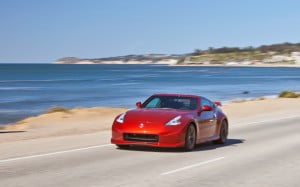 Los Angeles and cars. They’ve always gone hand-in-hand. After all, there’s a reason Route 66 led straight to Santa Monica. Not to mention PCH, with its gorgeous meandering path up the coast. It’s no wonder people come from all over the world just to drive on California’s roads.

And, of course, experience the traffic, which may be represented best by the infamous “Stack.” Los Angeles traffic is so famous at this point that entire movies use it as a central plot device. While it can be a pain if you’re a regular commuter, the traffic and the resultant smog is sometimes cited as the source of Southern California’s vibrant sunsets (although this is up for debate).

Rumor has it that, sometime in the early part of the century, the major automobile manufacturers conspired to buy up and dismantle the public transportation lines, ensuring that Angelinos would have no choice but to buy more cars. Whether this was true or not, there’s no question that commuting in the city would have been a pain, since Los Angeles quickly became the second-largest metropolitan area in the country.

All that to say, Los Angeles has a love-hate relationship with its cars. Angelinos bemoan the congestion on the highways, but while sitting in traffic, they’ll be singing along to songs like “Low Rider” or “Little Deuce Coup.” Cars are simply an ingrained part of Southern California culture.

If you’re an L.A. resident, or just passing through on vacation, you might want to experience some (or more) of that car culture. To help, we at Cheap Insurance thought we would put together some ideas for you:

If you’re in L.A. during November you can always check out the famous L.A. Auto Show. Founded in 1907, it is one of the largest car shows in the world.

The Automobile Driving Museum is the only auto museum in the world where you can actually take a ride in their displays, including Joseph Stalin’s 1936 Packard and a genuine 1982 DeLorean.

Another famous car museum is The Peterson which, along with their inventory of rare and collectible cars, has a revolving exhibit that celebrates various subsets of car history (the current exhibit, until April 6, 2014, is “Pickups: The Art of Utility”). If you go, keep an eye out for the Rolls Royce Phantom “Round Door” and the Bugatti Type 57c which was once owned by the Prince of Persia, Mohammed Reza Pahlavi.

Finally, the Nethercutt Collection has over 250 American and European cars dating from 1898 to 1997.

Feel like driving, and want to explore some of Los Angeles’ scenic routes? Here’s a nice list.

And if you want to do that drive in style, check out the famous Midway Car Rentals. Rather than the typical rental vehicle, Midway offers luxury cars like Ferraris and Rolls Royces. These aren’t cheap cars, even if you’re just renting them. If your wallet is getting a bit thin, you can always call us for a cheap car insurance quote before you take that Bugatti on your sunset drive through Malibu. We will make sure your coverage transfers.

Have fun, and be safe!

***Here at Cheapinsurance.com, we hope to be a resource for you in many different ways. We will periodically post articles like this one, highlighting notable events, communities, attractions, and fun places to visit. We hope you enjoy them!

We also post movie reviews, as well as an ongoing fiction project titled “Everyday Apocalypse,” which follows an insurance agent doing his best to help his customers while dodging zombies, aliens, earth-shattering asteroids, and dozens of other dangers.