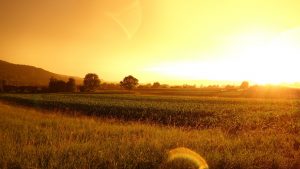 The Best Reasons For Living In Texas

In recent years, people have been picking up their belongings and have been trekking to the lone star state.

Moving here has been beneficial for many families especially younger ones.

Why is Texas the number one state people are moving to?

There are many answers to that question.

One of the biggest reasons for coming to Texas is because livability is high.

What is livability anyways?

What makes one state easier to live in than another?

Which cities in Texas are the most livable?

We can answer these questions simply, but the biggest reason most people move to one state or the other is the fact that they can afford to buy a home.

Between getting a job that pays well to the cheap insurance Texas offers, there are just too many reasons to move here.

With recent events of flooding in Houston and the scolding hot summers that can sometimes be overwhelming, people still love Texas.

Let’s take a fair look at why in 2017 Austin was named the number one city to live in in the United States.

Why Texas has some of the most affordable housing in the United States.

And why Texas is turning from a mostly conservative red state to of a more moderate place to plant your feet.

What People Are Saying

For the most part, articles suggest that Texas will have something for everyone.

Austin, Texas in particular has been a thriving place for people to flock to in recent years. 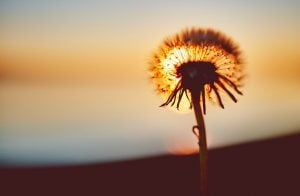 Not only is it the capitol of Texas but it has an amazing economy.

The suburbs around Austin are great for raising families and settle down.

Millennials are looking for cheaper states to settle down in because they simply cannot afford the real estate in more expensive states.

States such as California, New Jersey and New York have higher property taxes as well.

People are saying that Texas is becoming a little more of a moderate state than it once was.

Why could this be?

Because a younger and more progressive population is choosing to move here.

According to recent articles, almost 50 people a day are moving to Austin, Texas.

A Dallas magazine remarked that in 2015 Texas saw over 500 thousand people move to Texas from out of state.

That was a net gain of over 100 thousand people.

That number has grown in recent years.

The rule in this state is that they keep more residents happy than upset.

That is saying something.

So what can we learn from Texas?

Most of the people moving to Texas are younger (35 and under) who want to start their lives off right.

Most residents are moving from Los Angeles and New York.

These happen to be two of the most expensive places to live in the United States.

You can purchase a home for half the price in Texas than in  L.A. or New York.

And getting the cheap insurance Texas residents need is easy.

Buying A Home In Texas

Let’s get right down to it.

You want to know how much a home will cost you in the lone star state.

It isn’t always as it seems to get a median home price.

The real estate market it ever changing.

But for the most part, Texas is very affordable.

Even the most expensive places such as high end Austin Suburbs will only cost you around $350 thousand for a nice family home.

You can of course go a little crazy and get into the millions with all of the ranches and beautiful estates available.

Getting your cheap insurance in Texas such as homeowners insurance will be deciding factor when purchasing a home as well.

When you purchase a home, you need to think about where it is located,

Obviously in places like Houston or Galveston, where the Gulf of Mexico butts up to the cities, you will need extra protection.

Austin and San Antonio are fairy safe cities to live in for their population.

The San Antonio area has around 2.5 millions people.

You can find a very suitable home for your growing family for around $250 thousand.

Forbes Magazine labeled San Antonio the best place to live in Texas back in 2016.

This is mostly based off of home prices and job availability.

Back in 2013, Forbes made an assumption that Texas would be the “state of the future”.

This is mostly because they have opportunity for expanse and a strong economy. 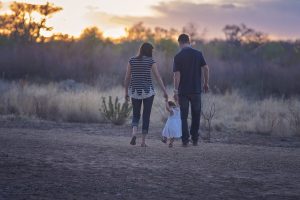 What Insurance Will I Need?

When you live in Texas, there are certain cheap insurance policies that you will need by state law.

Others are just a good idea.

From homeowners insurance to cheap car insurance, you will want to be protected in the place you live.

Most often you can bundle your insurance policies to save money.

When you want to protect yourself, getting cheap insurance in Texas is the only way to go.

Let’s break down what insurance you might need in this wonderful place to live.

Motorcycle insurance is very similar to car insurance in the lone star state.

Most riders want to be fully covered because riding a bike is much more risky than driving a car.

But that is just the minimum.

If you also want your own bike and injuries to be covered you need to obtain more.

Here are the types of motorcycles that can be insured:

Here is what to expect:

Purchasing a home here is a big investment and you will want the best cheap insurance Texas residents deserve. 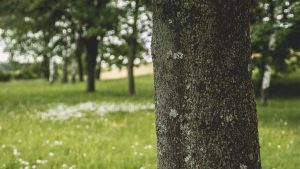 What Texas Has To Offer?

Why is Texas the number one growing state in all of United States?

Why is almost half of these babies?

Well, young people are choosing to start their lives our here in Texas.

This is happening for many reasons.

Not only does Texas actually have multiple large cities to invest in job opportunity, but small rural suburbs with great schools.

For example living in Austin will give you a much different vibe than living in Dallas.

But the truth of the matter is, Texan hospitality is hard to turn away from.

From great barbecue to a family fun atmosphere, Texas is what people want for their future.

Texas has been growing by what is called “natural increase”.

This means people populating from reproducing. But this is also due to movement from out of state.

Young couples move to Texas for good jobs or low cost of housing.

They choose to start a family here.

They are having babies, and a lot of babies here in the lone star state.

Even though these couples are technically immigrants, their children are not and therefore it is known as a natural increase in population.

More babies were born in Texas in 2017 than people died.

The New York Times states that no one else identifies with their own state the way that Texans do.

They are the proudest state and the most reluctant to change some of the traditions they keep.

Maybe this is what new families are looking for when they move here.

Maybe the millennial generation who are having babies and buying houses are looking for this rich culture.

There is also a surprisingly strong influence of difference here.

There are Texans who will pride themselves of gun ownership as well as scientists who are moving the water sources in Texas forward. 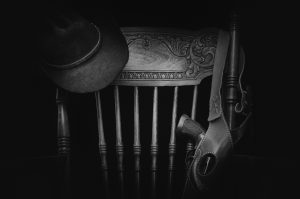 There are University students and musicians and honky-tonks and cattle drives.

This state is quite a melting pot compared to what myth might have you believe.

Texas has always stood apart from the rest of the United States in one way or another.

In the mid 1800s it was considered its own state even.

Unlike any other state, Texas is large in acerage and in land. Only second to Alaska.

SO you can see how easily it is for a northern Texan to live a different live than one by the Gulf of Mexico.

But Texas is moving in a more moderate direction with all of the young couples moving in.

More young people are liberal than ever before and this is changing the demographic of the area.

When you talk about Texas, you think of horses running in pastures and rodeos and great food.

There is a strong sense of what Texas is whenever you visit.

For the people who move here, the cities are more progressive and this is what initiates that move.

The rural Texas is holding true to their old views while the cities are changing rapidly.

This pace of tug of war keep Texas molding and forming from what it used to be.

With a more diverse culture and a few changes in politicks, places like Austin and Dallas are progressing and leaving the old ways behind.

There is a place for everyone in Texas.

If you want to live on an old dirt road and think of your state as a republic, you can do this.

If you want to live in a loft where you can walk to work, you can also do this.

Maybe you are looking for that one great suburb with an amazing school system.

Yes, you can have this.

More and more, the younger generation is changing the pace of things. And the old Texas is reluctant to move with it.

This is one struggle facing Texas these days.

But the benefits of these younger people is huge for the state.

Not only do the immigrants coming to Texas from other states add to jobs and the economy,  but they will most likely be residents for life.

This means that their input in society and their contribution is a great thing.

Even with the backlash from the old ways, new families and innovations are mostly welcomed here.

And there is plenty of space for expansion.

Get The Life You Want In Texas

If you live in an expensive state and can’t afford a home, consider Texas.

If you want the protection that the cheap insurance Texas can give you, come here and settle down.

There are a million reasons to move to Texas and more than a few reasons to stay.

You have the right to the best life possible.

Making a decision to move out of your state, away from family or just further away is hard.

But for the best life you deserve, consider what Texas can do for you.

Over 1000 people are doing this every day.

That means one thousand moving vans parking outside a house in Texas and unloading their personal belongings.

That means babies being born in Texas hospitals and growing up to attend Texas Universities.

Texas just may be the state of the future.

Get a one way ticket today!