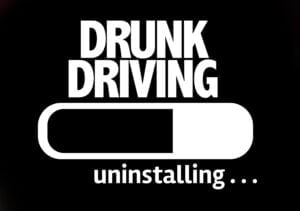 On any given day that you are driving on the road with your family, there are also more than 2 million drunk drivers who have been convicted three or more times. Drunk drivers are responsible for more than 10,000 deaths every year. Repeat offenders of drunk driving make up 1/3 of these accidents, plus more than 350,000 injuries. Strict enforcement of DUI convictions, higher car insurance penalties, breathalyzers, and intervention programs, have so far not made much of a dent in the final statistics involving drunk driving. A new gadget, called an ignition interlock device, is now being used in some states and other states are currently running pilot programs. So far, reports have shown that an ignition interlock device can be effective in dramatically dropping repeat DUI offenses.

What Is An Ignition Interlock Device (IID)?

The device itself is small, about the size of a cell phone, and is wired into the ignition system of a vehicle. The device must be professionally installed, and it requires a breath sample before the engine will start. It keeps working as the car is driven; periodically requiring another sample to make sure the driver continues to have no alcohol in their system. It is simple and economical, allowing offenders to drive to and from work, but prevents them from driving drunk.

The International Council on Alcohol, Drugs, and Traffic Safety report that when IIDs are combined with a comprehensive monitoring and service program, it leads to a 40-95% reduction of repeat drunk driving offenses.  After the interlock laws were passed for all offenders in West Virginia, Arizona, Louisiana and New Mexico, all four states saw a dramatic decrease in repeat DUI’s. Studies also show that interlock devices decrease repeat offenses by about two-thirds when it is on the vehicle. If it is removed, the rate goes back up. If drunk driving accidents could be reduced by two-thirds, then thousands of lives could be saved every year, and tens of thousands of injuries could be prevented.

How Are IIDs Being Used Now?

Currently 28 states plus Washington D.C. require interlock devices for all offenders. Some states automatically require it for any DUI offense, even ones not involving alcohol. In other states, it can be ordered by the court, or added to a conviction to qualify drivers for a restricted license. In California, a pilot program was introduced in 2010. The program requires that all drivers convicted of a DUI in Alameda, Los Angeles, Sacramento, and Tulare, have to have the device installed on each vehicle they own or operate. Before drivers can get their license reissued or reinstated, they have to meet all DUI requirements, file a form verifying the device was installed, pay a $45 service fee, and agree to keep the device maintained and calibrated.

The program was approved for January 1, 2016 for the same counties, and will be up for renewal again on January 1, 2018. The requirement for participating in the program is based on where the violation occurred, not where you live. Most U.S. states are letting the judges decide whether or not to order the installation of the device, and for repeat offenders in some states it is mandated by law. To check the requirements of the different states, see the list at MADD.

Mothers Against Drunk Driving are pushing a large campaign to have legislation pass laws that will make the device mandatory for all offenders, even first time offenders. MADD has received significant public support for this legislation, and are hoping to gather even more volunteers to help with passing laws that will enforce the monitoring and usage of the devices. They also encourage judicial education on the topic, as there are many judges who do not understand how the devices work. Not surprisingly, those judges who do understand IIDs are the ones who are implementing them the most.
[vifblike]