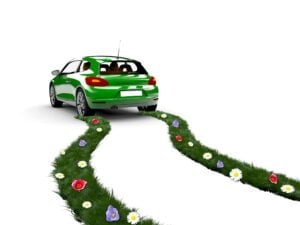 In 1992 Congress passed the Energy Policy Act, requiring federal, state, and alternative fuel provider fleets to implement petroleum-reduction measures. Alternative fuels are made from other sources than petroleum, reducing our dependence on imported oil. Ideally, they would be produced from renewable sources and produce less, or no pollution. Since then, the race to provide alternative fuel vehicles has come down to the two front runners, electric cars, and hydrogen-powered cars.

Electric cars are quiet, give instant torque, produce no emissions, and cost a fraction per mile then that of a gasoline-powered car. There has been a proficient amount of work done to provide the infrastructure to the consumer and there are already 12,131 electric stations in the United States. On the other hand, electric cars have inconveniently long recharging times, limited range, and expensive batteries. In addition, electric production in most places uses coal, which is not a clean burning source. Most people are familiar with electric powered cars and seeing them on the road is not uncommon. Experts say the biggest reason electric vehicles have not been completely embraced is due to the annoyingly long charge times. If you don’t have a high voltage home charger, which is pricey, you would spend at least 30 minutes or more at a public charging station. So automakers are now turning to the production and marketing of hydrogen-powered cars.

Hydrogen is the most abundant element in the universe, and was used centuries ago in gaslights long before electric lights. Hydrogen fuel can be made from many renewable sources including wind, solar and even garbage.  Hydrogen vehicles produce no emissions other than water vapor. Hydrogen Fuel Cell Vehicles (FVC’s) have been in development on and off for the last 20 years and are now finally becoming a consumer reality.

The biggest selling points for hydrogen powered vehicles are that they have a better range and charge faster than traditional battery-powered cars. Until now, those against hydrogen power argued that hydrogen was too difficult to produce efficiently and not able to be conveniently stored for use in the car. Well, as is the case with many impossible ideas these days, technology is rapidly catching up to meet our expectations. Automakers have shown that the technology has progressed sufficiently, to the point of being able to provide vehicles with long range and short charge time, all with zero emissions.

Many automakers have focused their efforts on producing and marketing consumer friendly hydrogen-powered cars. Honda will be selling its hydrogen-powered sedan, the Honda Clarity, (pictured left) in California by the end of 2016. The Clarity can be refueled in just 3 to 5 minutes and can go 400 miles before refueling. BMW will collaborate with Toyota to produce their car by 2020, and Ford is also in the game, targeting to launch its first affordable hydrogen vehicle by 2017.

This past January at the Detroit Auto Show, both Lexus and Audi showed off their prototype hydrogen-powered vehicles. Toyota has been working on hydrogen-powered cars for 23 years and has sold 64 of their Toyota Mirais in California. They have been selling the car in Japan since December 2014 and in California since October 2015, making them the first ones to sell the hydrogen-powered car in the United States. They plan to sell 30,000 worldwide by 2020. The Mirai can go 312 miles before needing to refuel and has a top speed of 111 miles per hour. It also has all the new technology gadgets available, including a camera system that can detect lane drifting and alert the driver to correct the situation. As of now, some car insurance companies do give discounts for electric cars, they should also soon be offering discounts for these Eco-friendly cars.

Critics of hydrogen fuel say that it is impossible to provide the infrastructure needed to make these cars practical. However, the makers of these cars are also working to accomplish a mass network of hydrogen filling stations. Toyota is building a network of stations across New York, New Jersey, Connecticut, and Rhode Island. Honda is creating a “Smart Hydrogen Station” to make it possible to produce hydrogen at home. Honda has also partnered with General Motors to further develop next-generation fuel cells and hydrogen storage by 2020. 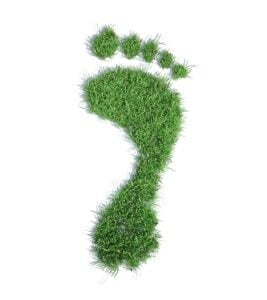 So far, 49 hydrogen stations are open or scheduled to open soon, most of them in California. Japan has 17 stations currently and is targeting an increase to more than 100 by the end of 2016. Korea is aiming for more than 160 stations by 2020, and the UK has 15, with a plan for 65 by 2020. This is what will really determine if hydrogen cars will catch on. Creating a mass network of filling stations will remove the last obstacle in renewable energy transportation, hopefully moving humanity forward towards a nice green footprint.