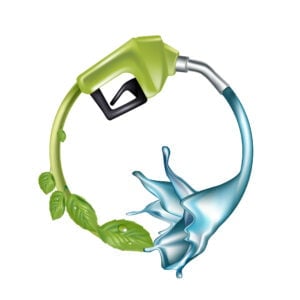 Hydrogen is the most abundant element in the universe, but the strategies to make it feasible to use is still being created. New technology, new infrastructure, and new business models are the key factors to the progression of hydrogen as an energy source. Like many “new” ideas, there is always a resistance factor that tends to slow things down, and create a catch 22 situation. People are hesitant to buy a hydrogen fuel based car without the infrastructure in place to back it up. Companies don’t want to invest the money in the infrastructure without the certainty of having customers to serve. Around it goes, pushing for progress in numerous industries, from engineering to auto insurance, and everything in between.

The good news is, there is now a trucking company that is just starting up that will be able to provide both. The goal is to convince truckers to test out the new methods of driving, bringing new awareness to the concept, and some substantial proof that the future of hydrogen is now. Nicola Motor Company has released an 18-wheeler with a hydrogen fuel cell generator that allows 1,200 miles of range, along with plenty of torque and a low center of gravity.

Nikola is based in Salt Lake City and plans to lease its trucks for $5,000 to $7,000 a month beginning in 2020. It will also include free hydrogen fuel for the first seven years or million miles. The company also plans to build the hundreds of stations across the country to facilitate the free fuel incentive that will hopefully soothe the anxiety that has previously caused so much resistance. In addition to providing the truckers with free fuel, they will also allow anyone to fuel up for a reasonable price. This will be a huge step forward in providing the infrastructure needed to make hydrogen fuel cell vehicles more practical in the eyes of everyday consumers.

Another step forward in hydrogen fuel usage is in San Francisco, where Sandia National Laboratories are planning a hydrogen-powered ferry service. Like the hydrogen-powered busses that are operating in cities around the world, the ferry only needs one place to fill up, so the infrastructure needs are minor.

Another issue with hydrogen becoming more popular is the fact that the electricity to produce the gas is still coming from the fossil fuel industry. This has created a lot of negative reactions to the process, and new technology is the key to changing the way hydrogen fuel is produced.  These advances involve using water electrolysis technology. Hydrogen made from water electrolysis has been known about for quite a while, but the cost of doing it is the main problem. The process uses electricity and a catalyst to create the chemical reaction that separated the hydrogen from the oxygen in water. Other clean energy sources can also be used, such as wind and solar power. It is the catalyst however, that is the main problem. It is usually done with metals such as platinum, which is very expensive.

Fortunately, we have very bright and motivated scientists like John Kopaz at the Argonne National Laboratory working on the problem of bringing these costs down. Kopaz is not alone in this challenge. In 2013 automakers and other important stakeholders started H2USA to address the challenges of hydrogen infrastructure and production.  This public-private collaboration includes federal agencies, the fuel cell trade association, national laboratories, hydrogen providers and automakers. Their mission is to promote the introduction and widespread adoption of fuel cell electric vehicles across America.

Although you are not seeing hydrogen fuel stations being built on every street corner, there is still a huge group of some of the best and brightest working hard to bring the future closer.  Sarah Studer and Zeric Hulvey are fellows at the Fuel Cell Technologies Office, and have created this Facebook Live presentation of an electrolyzer and fuel cell demonstration. Watch the video for more interesting information.
[vifblike]