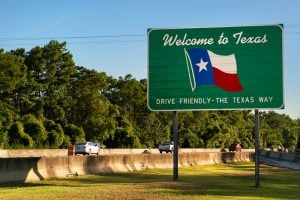 Texas is the 10th most expensive state for car insurance. In 2014, the average cost of car insurance in Texas was $905.64, while the national average was 866.31. Harris County, is 11 percent above the Texas average, and Tom Green County in West Texas, is 22 percent below the Texas average, showing the variation of cost within the state. As with other states, cheap car insurance pricing will vary depending on your driving record, your age, gender, and which policy limits you choose. Other variables include where you live, and the crime rate of your neighborhood. Another interesting fact, the annual vehicle miles traveled in Texas during 2016 reached 261.994 billion, which is an increase of 1.5% over the 258.122 billion traveled in 2015.

The minimum levels of coverage required by the Texas State Auto Insurance laws are 30/60/25.

Why Is Car Insurance In Texas More Expensive?

There are a couple of reasons why car insurance in Texas is more expensive than other states. Theft, uninsured motorists, increased accidents, population growth, and high cost vehicles all contribute to cause insurance premiums to be higher than in other areas. 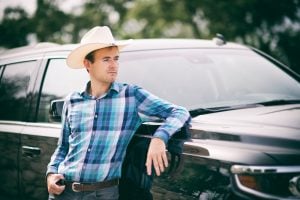 A study by the National Association of Insurance Commissioners shows that the price of collision coverage, which is the portion of an insurance policy that pays to repair damage after an accident, has been climbing in Texas and now ranks as the fifth highest among the states. However, the market is competitive, and that means that drivers who are unhappy with what they’re paying can often find better cheap car insurance rates by comparing multiple quotes online.