Why Florida Is A Great State To Own A Car

Florida is not only the state of bright sun, beautiful beaches and a tropical climate. It is a state that makes it easy to love your car.

Save money by living in this state and learn how to get even more discounts.

Depending on where you plant your roots in this great state, you may be able to lower your insurance costs.

Getting cheap car insurance Florida residents want is now easier than ever.

The best way to find out if you are living your best life, is to look around you!

Whether you are living in the big city of Miami, or a small, country town which screams “the south!”, you can save.

Getting the car of your dreams shouldn’t cost you a fortune.

You could save money based on where you live, what your credit score is or even what job you have.

Living in Florida has so many great pleasures, why risk losing any of it by not being fully covered

There is good news for those of you who live in Florida: Cheap Insurance will help you save.

Florida is one of the rare states that is a “no fault” state.

This is one reason people actually love living here.

It is different than the other states in more than one area.

What does “no fault” mean?

This is the minimum required coverage for every Florida driver.

Having a good and clean driving record will help you to receive more discounts and a lower payment in general.

Besides the minimum coverage you can attain for your car, you might need more.

Anytime there is a loan out on a car, you will need to carry full coverage.

The banks want there to be extra protection against the loan you carry.

If you are hoping to do car insurance on the cheap, you will want to figure out how to save money.

Even if you carry full coverage, there are ways for you to save.

Here are some of the factors insurance companies look into when deciding what sort of risk factor you as a driver are:

If you want real quotes from people who live in Florida and have full coverage, we can help you.

Let’s look at what real people are paying for their car insurance in Florida.

From our friends at The General, we can see what quotes they are giving people who love to live in Florida.

Getting the best rates from an insurance company is the first step in a happier you! 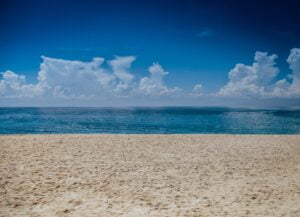 Let’s start with a female driver who has a clean record.

Here is our first scenario:

Looking for the cheap insurance Miami residents want is easy when you talk to an agent at Cheap Insurance!

Let’s take this same female and change her situation.

If she wants the cheap insurance Jacksonville can give her. And she may end up saving a buck or two.

As you can see, just living in a less congested area has saved her some money on her car insurance. However this is just one quote.

Cheap Insurance can find you multiple quotes from dozens of insurance agencies around the country.

The best part about talking with a broker, is getting options.

It is a one-stop-shop for figuring out what insurance you need and getting multiple quotes for your situation.

If we take this same single female and move her to Orlando, Florida what happens?

Orlando is a busy tourist city and although it is not the largest city in population in Florida, is does have traffic.

Getting cheap insurance Orlando style means understanding where you live and the challenges of that.

The more tourists, the more traffic, the more your insurance.

Let’s see how this plays out with real quotes.

How does being a male affect the cost of your auto insurance?

Well, many times men are though to be in more accidents.

In fact statistics show this to be true.

If you are a male driver under the age of 25, expect to pay the most for your car insurance.

Here are some examples of quotes from The General that put this into perspective.

Getting the cheap car insurance Tallahassee residents need is easy when you talk to a Cheap Insurance broker. 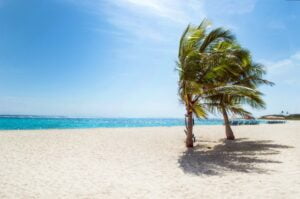 Now, if we change things around a little and move this single male driver to another city, how much will his insurance be affected?

Here is what our next real quote from The General tells us:

If we take this same male driver and move him to Cape Coral, a smaller and quieter town in Florida, what happens?

A male driver with the same record as above now lives in Cape Coral.

Cape Coral is not a small town, but compared to Tampa it seems peaceful.

A quote for this driver in Cape Coral means that his insurance will drop about fifteen dollars a month from living in Tampa.

That means he will pay $150 a month for full coverage on his Honda Civic.

This makes his annual insurance costs $1,800 a month which is still above the state average but much lower than wha the would pay in a large city.

Most people who have insurance in Florida pay the minimum amount.

Getting the cheap insurance Cape Coral drivers want is cheaper than you might expect.

Why Insure Your Car?

There is still a large percentage of the population who are uninsured.

These drivers make it risky for everyone else out there on the road.

You can attain uninsured motorist coverage to cover costs of an uninsured driver hitting you.

You could be refunded for the total cost of your car depending on the damage.

You are not only protecting your own interests when you get your car insured, but the interests and safety of those out on the road.

You are responsible for yourself and others involved in an accident if you are at fault.

If you cannot pay out of pocket or have this covered by an insurance agency, you could serve jail time or have a hefty fee.

You could also get your license taken away from you and this will be on your record for a minimum of three years.

Take the advice a qualified broker and agent can give you.

Have the most insurance you can afford.

Discounts are easy to attain if you are a low-risk driver.

Ask your agent what discounts you might qualify for and educate yourself on the factors that lower your insurance rates.

We all need our cars to not only transport us and our families but in most instances, to make a living.

This is a necessity, so make sure you are getting the best deals.