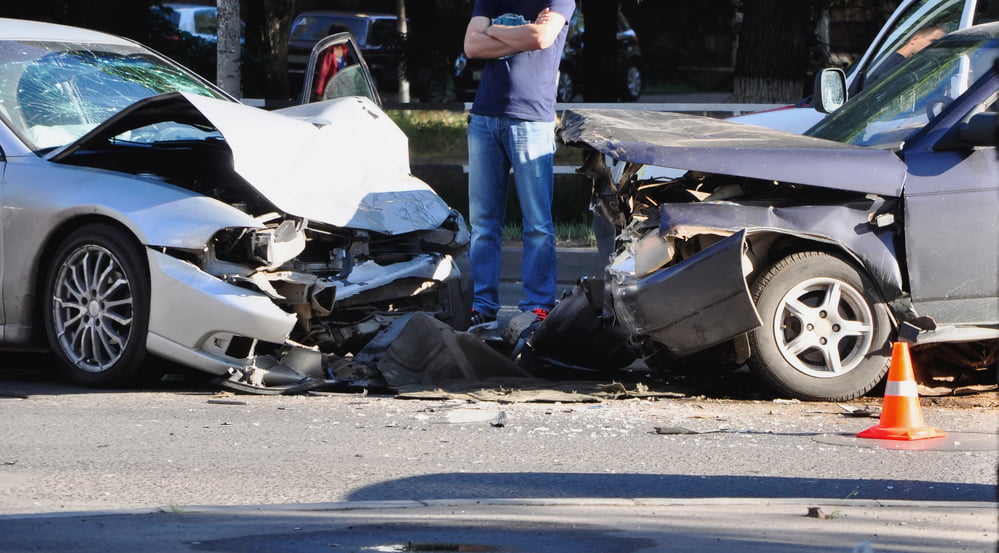 A community is reeling after a fatal car accident happened in California recently.

The serious California car accident took place just outside Modesto on December 5th. The seat of Northern California’s Stanislaus County, Modesto is the 18th largest city in the Golden State.

Part of the San Jose-San Francisco-Oakland Combined Statistical Area, it is already known as one of the top car theft cities in the United States, an issue it has fought since it ranked #1 back in 2012.

One person was killed and six more injured during the December accident. A 19-year local driver was reported driving at a high rate of speed with multiple passengers in his vehicle. The driver did not stop at the stop sign posted in the intersection. He collided with another driver and a power pole.

Six people were hospitalized, with one declared dead at the scene.

At least one individual had to be freed from a vehicle by fire crews.

Sadly, this is not the only fatal car accident in California recently. Whenever a severe California car accident happens, it prompts reflection about how to improve California road safety. Many people are now asking themselves whether this accident could have been prevented – and what can be done in the future.

Is California an Unsafe Place to Drive?

California is the most populous state in the United States and the third biggest by area, behind only Alaska and Texas. It is home to major cities notorious for their population density and traffic congestion, like Los Angeles.

The 5 Freeway, with 192 deaths in 2018, which stretches north-south across the entire state

The 101 Freeway, with 139 deaths, which passes through California, Oregon, and Washington

The 99 Freeway, with 110 deaths, which crosses nearly the entire Central Valley region

Along with Texas, California is well-known to have some of the worst cities to drive in the United States. A 2020 report showed California leads the nation in the sheer number of dangerous places to be a motorist.

Among them are:
Modesto ranks #14 on the nationwide list and stands among California’s dangerous driving capitals. With more than 15 traffic fatalities per 100,000 people in 2018, it far exceeds the state’s average of nine. SR-99, one of the state’s worst, is also considered the city’s most dangerous stretch of road.

It’s impossible to escape the conclusion: California driving has serious risks motorists must be aware of.

Factors That Contribute to Road Risks in California

While there are some major concerns about driving in California, it’s crucial to recognize that not every California car accident comes out of the blue. You can stay safer by being aware of factors that add to road risk:

1. Seasonal Variation
All in all, California is not one of the states with the highest driving fatality rates. That’s especially true when you consider its vast population and dense cities. But accidents do become much more likely in the summer. And although night driving does add risk, many summer accidents happen in broad daylight.

2. Risky Driver Behavior
Separate research found California has high levels of risky driving behavior. Perhaps the most iconic example of this is the rolling “California stop.” Drivers do not always come to a full stop for stop signs – this may even be what happened in Modesto in that fatal crash. We may never know for sure. 3. Inclement Weather California has endured a wide range of severe weather conditions. After years of drought, the state has been beset by fires, floods, and more. Wildfire season is getting worse than ever. Smoke can reduce visibility for California drivers, making it much more dangerous to drive even during the day.

4. Aging Roads
With the fatal car accident in California recently, it’s essential not to overlook the other road hazards in the Golden State. Just days ago, a huge chunk of California’s Highway 1 suddenly fell into the ocean. Highway maintenance, especially among historic and scenic routes, is not always reliable.

How to Stay Safer When Driving in California

You can’t control everything that happens on the road, but you can control yourself and your vehicle. That’s enough to avoid most California car accidents. Here’s what to do to actively stay out of dangerous situations:

1. Slow Down Your Speed
It’s easy to fall into the bad habit of pushing the speed limit on some California highways. Avoid this by staying committed to driving at least five miles under the speed limit. Very few California roads have “minimum speed.” By slowing down, you give yourself more opportunities to respond to emergencies.

2. Reduce Hard Braking
Hard braking and hard acceleration are both considered signs of risky driving. They may mean that the driver is aggravated or distracted. Reduce distractions when driving as much as possible. Turn off phone notifications and always scan ahead of you to stay alert to traffic problems before they affect you.

3. Avoid Driving Under the Worst Conditions
California’s climate varies greatly from the south to the north. It can have quite a few surprises for you! Know what your local weather forecast has in store and avoid driving in conditions that reduce visibility. Heavy rain, smoke, and fog all mean you should slow down and follow cars at greater distances.

4. Make Sure Your Car Gets Appropriate Maintenance
Maintenance is one of the most valuable ways to keep yourself safe. After all, you’re only fully protected if your vehicle responds the way you expect it to. It’s especially critical to get your oil changed, have your brakes inspected, and check your tire rotation and pressure. Get worn-out shocks replaced as soon as you can.

5. Do Not Drive When You’re Not at Your Best
If you’re tired, upset, or distracted, do everything you can to avoid driving or keep your trips relatively short. Just like alcohol or other substances, being distracted can impair your ability to respond to threats. If you don’t feel right, or the weather turns suddenly, consider pulling over to a gas station or diner.

6. Take a Defensive Driving Course
After high school, most people don’t give formal driving training a second thought. But it can be a terrific idea for California drivers of any age. Not only can you learn skills that might protect you, but you could save on car insurance. Many insurers offer special discounts for recent defensive driving graduates.

7. Update Your Car Insurance
One of the simplest ways to feel confident on the road in California is to have the best car insurance. Yes, there is basic insurance coverage everyone is expected to have, but you can go further. By comparing car insurance deals online, you might find a bargain on full coverage car insurance to give you peace of mind.

The fatal car accident in California recently is a tragedy, and it could have been prevented. At Cheap Insurance, one of our goals to help drivers all around the country stay safer is to provide the best car insurance. Compare car insurance now or contact us for more information.