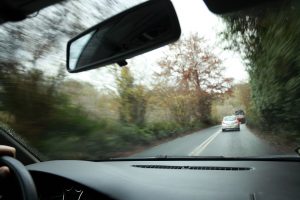 A dash cam is an on-board camera that records the view through a vehicle’s windshield. These cameras are different than regular cameras or smartphones because they can be an independent witness that requires little attention from the driver. Not just for law enforcement any more, dash cams have often been a source of entertainment, like on YouTube, or those popular reality cop shows. In Russia, the Interior Ministry passed regulations in 2009 that made it easy and cheap for every driver to install dash cam equipment. This made it possible for capturing the footage of a meteorite crashing to earth from many different angles. Everyone who had the fortune to be there to catch it made sure they shared it right away, creating an online phenomenon. Plus, people just love filming the nutty things they do in their cars. Other more practical uses include being able to record anything happening to your car when you’re not even in it, like shopping cart dings or a hit and run.

Think of it like a little black box for your car. Just like the ones in airplanes, they can be used as an unbiased record of an accident or any other driving predicament. Mainstream media and online social media have made the use of these cameras very popular. Here in the U.S., we have sensors that prevent us from having to view the really horrendous events, but Russia does not. Drivers in Russia are very accident prone, with 25.2 fatal accidents per 100,000 people, and they really get into posting their dash cam footage. Almost everyone in Russia has dash cams, and value them as much as the wheels on the car. Beyond the entertainment value, dash cams can be critically important if something goes wrong behind the wheel. Dash cams have become more main stream in the US, indicated by a huge increase in sales and by the number of car companies making them optional components on new cars. Some governments are even requiring car companies to make them standard equipment. In some places car insurance companies will offer discounts and lower premiums on vehicles equipped with in-car cameras. The 2014 Chevrolet 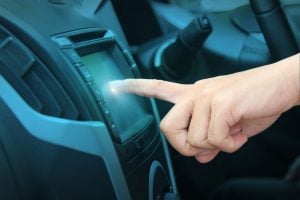 Corvette comes with an option for a dash cam that can even replay your footage on the eight-inch color LCD screen mounted on the dash.

Demands for dash cams are becoming more frequent, as everyone from individuals to businesses are using them to protect their assets and manage large fleets of vehicles. The cameras are being most used in Russia, America, Australia, Europe, and South East Asia. Sales of dash cams soared in the UK in 2015, and were the fastest growing consumer electronic. In Australia, Dashcams Direct has been producing these cameras along with other related products since 2011. The Consumer Technology Association estimates dash cams could reach sales of $52 million, possibly even more when combined with rear backup cameras and other new technology.

Using the dash cams is fairly simple and requires only a minimum amount of hardware. This includes, the camera itself, a memory card, power connection cable, and suction cup for mounting it on the dashboard or windscreen. Basically, you just insert the memory card into the camera and mount it wherever you want it. Then you can just concentrate on driving, knowing that you are protected, even from things you can’t see yourself. There are many dash cams on the market right now, and many different evaluations to determine which one is the best. One of the top reviews goes to the Zero Edge Technology Z-Edge Z3, which earned high praise for its image quality, usability, value, and lack of unnecessary features like GPS and Wi-Fi. Check out The Wire Cutter for a full review of this cam and its distinguishing features.

There are a vast number of interesting and amazing things happening on the road today. So not, only do you get the peace of mind that comes with recording any negative incident, you can also use them to document a flying meteor, a marriage proposal, or just a beautiful sea shore drive.