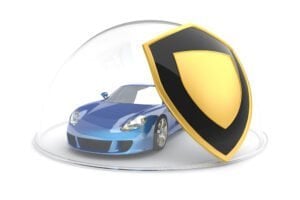 According to a 2014 report from the National Insurance Crime Bureau (NICB), vehicle thefts have been decreasing for the last 23 years. The thefts were at their peak in 1991 at 1,661,738. Because of this, more than half the population is convinced they do not have to worry about their car being stolen. The credit to the decrease in car theft has been attributed to stronger efforts by law enforcement, and with new anti-theft programs that are supported by new technology. In addition, many insurance companies offer cheap car insurance to those that use anti-theft devices, which increases the number of cars being monitored, and therefore lowers the risks of theft.

Unfortunately, this reduction may be producing a false sense of security, as thieves are keeping up with technology and devising new more sophisticated ways of stealing cars. Some of these methods include acquiring smart keys, switching vehicle identification numbers, and using stolen identities to get expensive car loans. The NICB reports that the number of cars stolen by using a smart key or key-less entry hack has increased by 22 percent since 2015. In fact, more than $4.9 billion was lost to motor vehicle theft in 2015, with the average dollar loss per theft at $7,001. Eight of the top 10 U.S. Metropolitan Statistical Areas for motor vehicle theft were in California in 2015. The other two were in New Mexico and Colorado.

In 2015 the most frequently stolen car was the Honda Accord, with the Honda Civic coming in second. Older Hondas are more at risk, mainly because the newer models have improved anti-theft technology. The Nissan Altima 2015 model is the most frequently stolen newer car, followed by the Chrysler 200. Believe it or not, there are also certain calendar days in the year on which more thefts take place. In 2014, the most vehicle thefts occurred on July 7, with 2,361 cars stolen on that day. Other high theft days in 2014 were: 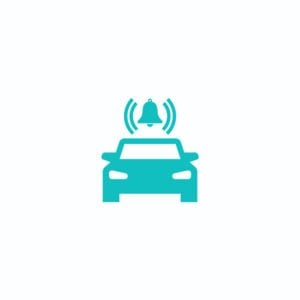 A motor vehicle is stolen on average every 45 seconds in the United States, so the question is, how can we prevent it?  There are various methods of prevention to reduce the likelihood of a vehicle getting stolen. These include physical barriers, which make the effort of stealing the vehicle more difficult. It seems that the most effective means of preventing vehicle theft is the use of a vehicle tracking device, such as LoJack, or OnStar. LoJack is used in 26 states and has a 90 percent or higher recovery rate. This is because the device can do more than just track a stolen car. It can also lead police to chop shops, and stop the exportation of stolen vehicles by large shipping methods.

The good news is, auto theft is covered under the comprehensive section of an auto insurance policy.  Premium rates for comprehensive insurance are affected by the risk of loss, meaning the likelihood that an insured car will be stolen or damaged, and also the car’s value at the time of the loss. Some insurers offer their policyholders a LoJack tracking system at a discounted price along with cheap car insurance premium discounts. The amount of the discount varies but is typically 15 to 20 percent for passive devices, which are automatically activated when the vehicle is locked. In addition, some combinations of devices can result in an even better  discount of 36 percent. 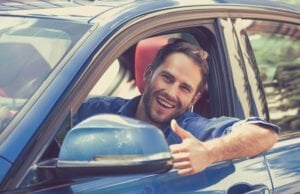 According to the National Association of Insurance Commissioners,  nine states (Florida, Illinois, Kentucky, Louisiana, Massachusetts, Minnesota, New Mexico, Pennsylvania and Rhode Island) have regulations that require insurers to provide car owners with if their car has an  anti-theft device. There will probably always be car thieves, so to better protect yourself and get cheap car insurance, keep up with the development of anti-theft devices and the discounts that come with them.