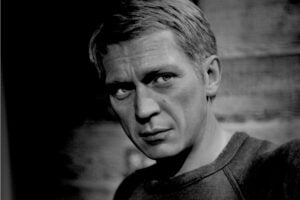 On June 3, 2017 the Boys Republic and the Friends of Steve McQueen Car Show will bring an exciting and important event to Chino Hills, California. This annual event was started in 2008 and brings thousands of spectators to the Boys Republic campus, and has so far brought in over $750,000 in support for the Boys Republic. If you plan on attending the event, or entering it, be prepared for congested traffic and very expensive cars in close quarters. Make sure you have all your car insurance and motorcycle insurance up to date, with plenty of coverage for the unexpected. The good news is, classic or collector car insurance usually costs about 42% less than a standard auto policy. Car insurance for classic or vintage antique cars will cost less if you use it as an extra car, or to bring it to fantastic events like this one, and not your main vehicle.

The Boys Republic in Chino Hills is a private, nonprofit school and treatment center for troubled teens, and has been serving the community for over one hundred years. Founded in 1907, the Boys Republic provides academic, vocational, and social skills to underprivileged youth and encourages them to become useful and productive citizens of their community. The Boys Republic and their companion program, Girls Republic, have given over 30,000 teenagers the resources and support they need to create meaningful and independent lives of their own, proving the adage; it takes a village to raise a child.

Steve McQueen was himself an alumnus of Boys Republic in 1946, and a prodigious example of a troubled youth overcoming countless obstacles to achieve great success. At the height of his career, Steve McQueen came to the Boys Republic and contributed his time, effort, finances, and influence to the school. McQueen also left a significant imprint on car culture, and so his fans and friends at Boys Republic combine in a perfect event to mark the significance of his life and legacy.

The Friends of Steve McQueen Car Show is the philosophy and ideals of McQueen and the school put into action. Every piece of the event involves the students, from preparing the grounds to serving the Friday night commemorative dinner. The students even produce the trophies by combining donated car parts and their own creative imagination.

The event attracts automobile, motorcycle and off-road aficionados from all over the United States. This year’s theme is based on the movie The Sand Pebbles, one of the many military movies Steve McQueen starred in. Hundreds of cars and motorcycles will be displayed throughout the campus. Everything from American muscle and classics to rare European sports and race cars will be exhibited as a tribute to a man who lived fast and drove faster. With his passion for racing cars and motorcycles, and chase scenes in classic movies like “The Great Escape” and “Bullitt,” McQueen has become a symbol of American freedom and individuality. The exhibits will be judged and then given awards, some of them include:

This year’s event has many great sponsors, like Brad Boyle Motorsport who will be bringing select motorcycles like Steve McQueen’s Scott Squirrel, and a 2000 Harley Davidson United States military motorcycle. Come and join in honoring a great American icon, and support the Boys Republic as they continue to carry on the tradition of encouraging our youth in pursuit of the American dream.