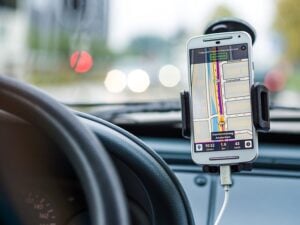 What you should know while driving in 2017

In comes the new year, and in comes the new laws.  California and the Highway Patrol is taking an aggressive approach to their traffic safety laws this year and everyone should know just what they are.

Let’s try and fill in the gaps.  These following seven new laws come straight from the California Highway Patrol Website and are taking effect in 2017. They are geared towards the safety of everyone on the road including motorcyclists, bus drivers, and commuters. California is known for heavy safety laws, and is in the forefront on cell phone regulations. Did you know that Governor Jerry Brown signed 898 bills in 2016? That’s a lot! We will at least need to take a look at seven that might have to do with you!

Everyone still has to have the same car insurance requirements in the state of California, and should! Make sure you have all of your bases covered.

We all know we shouldn’t be driving while talking on our cell phones.  But a lot of us cheat by putting the phone on speaker and sitting it on our laps, or having someone else hold the phone.  To make things a little easier, the state has come up with a law that they think may be a good solution:

Law AB 1785- This law states that citizens are no longer allowed to drive while holding a wireless device.  The device must be placed in a holder, mounted on either the dashboard of the car, or the lower corner of the windshield. Drivers are however permitted to swipe the phone with one finger.  As long as the phone is visible but not obstructing the drivers vision of the road, they may have it and use it.

Law AB 53- This law was passed in 2015 but is just now taking effect in 2017.  It states that children under the age of two must ride in a rear facing car seat. Children that weigh over 40 pounds do not have to abide by this law, and can face in a forward facing seat.  All seats must of course be properly installed.

Law SB 1046- This law has to do with drunk driving.  Anyone who has had a DUI must install an ignition interlock device or (IID) in their car. The ignition interlock device will only have to be installed for a certain amount of time, which allows for the driver to record the alcohol levels when driving. This is how a driver can get a restricted license or how to reinstate their license after getting a DUI.  You will need to also get SR22 insurance. It would be a good idea to talk to your cheap car insurance provider about the types of insurance you will want after getting a DUI. There are all types of restrictions that you need to know about.

Law AB 51-  This law has to do with motorcycle insurance splitting lanes, which is still completely legal in the state of California.  However, the restriction states that both wheels of the bike have to be on the ground while splitting lanes.  This law also gives the CHP the go-ahead to implement new lane splitting educational safety guidelines. You will also need to have the basic motorcycle insurance requirements for the state of California when riding any motorcycle or scooter. 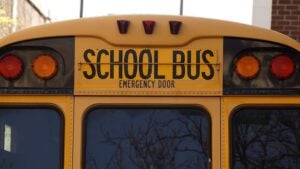 Law SB 1072- This new law requires all school buses, youth buses, or youth care motor vehicles to have a “child safety alert system“.  This law also requires every school to have a transportation safety plan.  This is to insure that the children are safe while driving but also that no child is left without a ride to and from school.

Law SB 247- This law requires charter safety bus improvements with the installation of emergency light fixtures that will turn on in case of an accident. This law also requires that the bus driver have some sort of oral or written information for the passengers of the bus on how the safety protocol is implemented.   It is much like a steward would give directions to passengers on an airplane before takeoff. The bus driver has a huge responsibility and these regulations make sure that they are abiding by the rules and setting everyone up for success.

Law AB 1677- This new law requires that the CHP come up with a protocol that helps other government offices do more safety inspections on tour buses that are operated inside their jurisdiction.

These seven laws plan to make our roads safer.

I can see how having a mounted device for your cell phone might seem unnecessary.  But according to the California traffic safety data, over 80% of all car accidents happen from driver inattention. Over 3000 people nationwide are killed in car crashes due to driver inattention.  This may seem vague, but using a cell phone while driving is reported to be the number 1 cause of driver distraction.

Having your child sit in a rear facing car seat until the age of two seems like a hassle.  But according to the CDC, car accidents are the number one cause of death among children in the United States. And believe it or not, there are still parents out there who do not even use a car seat.  A CDC study showed that over 600 thousand children rode in a car without a proper child seat in a one year time frame. That’s over half a million kids in one year! 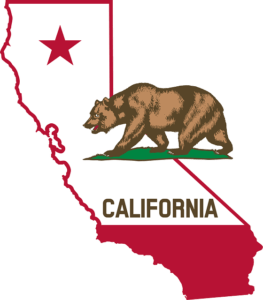 So I guess California has it’s reasons for these new laws.

And no matter how annoying they may seem to us now, they are for our own good.